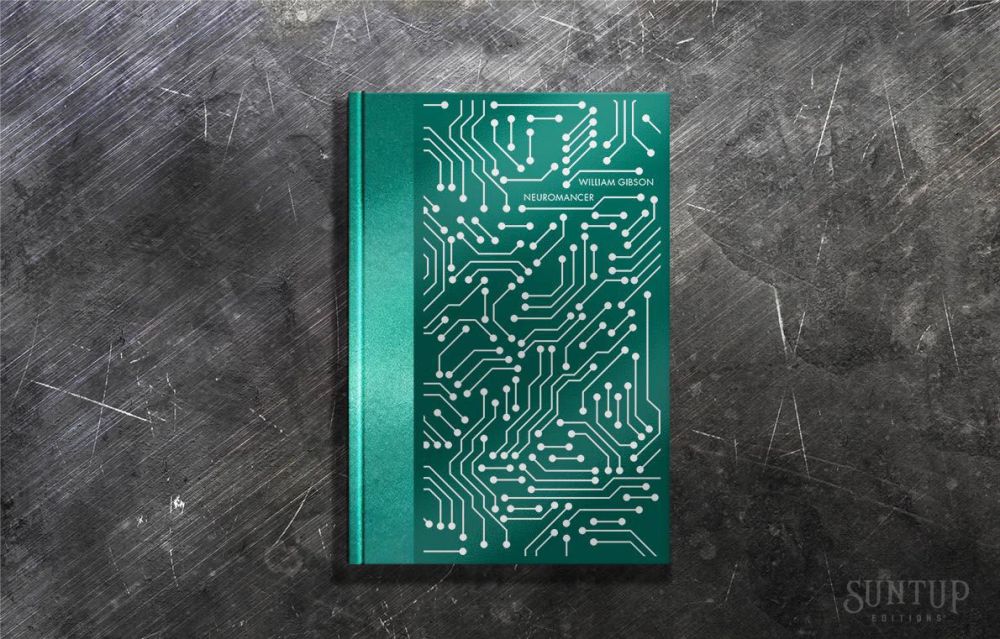 The definitive cyberpunk novel, William Gibson’s Neuromancer is a science-fiction masterpiece that ranks as one of the twentieth century’s most potent visions of the future. First published as a paperback original in 1984, several years before the Internet was commonplace, William Gibson showed us the Matrix — a world within the world, the representation of every byte of data in cyberspace. Neuromancer is the story of Henry Dorsett Case, once the sharpest data-thief in the Matrix, until an ex-employer crippled his nervous system. Now a new employer has recruited him for a last chance run against an unthinkably powerful artificial intelligence.

Neuromancer was the first fully-realized glimpse of humankind’s digital future — a shocking vision that has challenged our assumptions about technology and ourselves, reinvented the way we speak and think, and forever altered the landscape of our imaginations.

The novel is the first in history to win the Nebula, the Hugo, and the Philip K. Dick Award for paperback original, and the Mail & Guardian described this achievement as “the sci-fi writer’s version of winning the Goncourt, Booker, and Pulitzer in the same year.”  By 2007, it had sold more than 6.7 million copies, and it remains one of the most honored works of science-fiction in recent history. Time magazine included it on their list of 100 Best English-Language Novels Written Since 1923, remarking, “There is no way to overstate how radical Neuromancer was when it first appeared.”

Neuromancer has had a significant linguistic influence, inventing and defining language ten years before it became mainstream, much of which we still use today. The novel popularized such terms as “cyberspace” and “matrix.” It correctly predicted “hactivism” as well as the need for a form of “search” long before we knew what a vital role Google would play in our everyday lives.

Neuromancer ushers us into a dystopian world, exposing the dark side of a culture inextricably linked to computer technology with a keen prophecy that endures.

The Numbered edition of 250 copies is a quarter Japanese cloth binding with premium paper boards. The cover is foil stamped in silver and endsheets are Hahnemühle Bugra. The edition is printed offset on Cougar Natural, and is housed in a capped slipcase enclosure, covered in Japanese cloth and a unique carbon black material. The edition is signed by William Gibson and Billy Norrby.

We were able to aquire some matching numbers of Subterranean Press' Burning Chrome to match some of our Suntup Neuromancer Copies.  Just something unusual for anyone interested.  Follow this link for information regarding Burning Chrome.