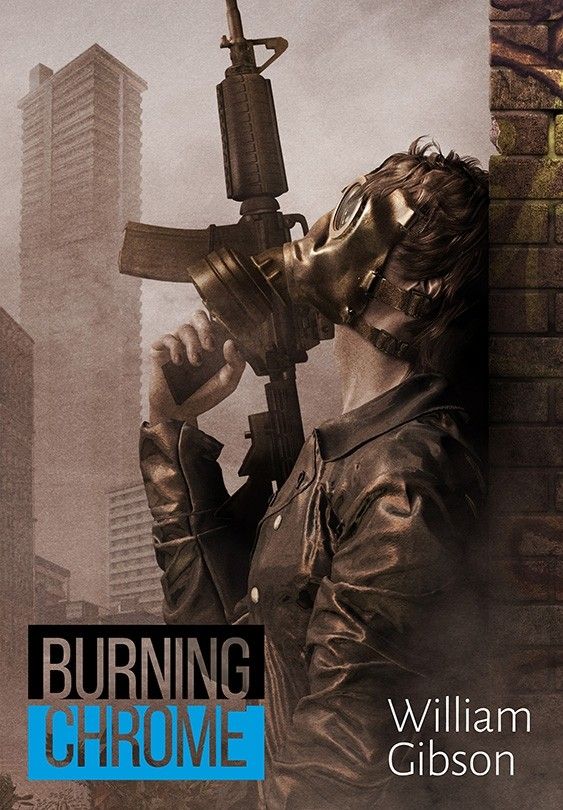 William Gibson is a winner of the Hugo, the Nebula, and Philip K. Dick awards. An inductee of the Science Fiction Hall of Fame, he’s been recognized as a Grand Master by the Science Fiction & Fantasy Writers of America. His celebrated, much-awarded debut novel, Neuromancer (1984) announced him to the wider world, but it was the stories in Burning Chrome, the collection originally published in 1986, that first established him as a star in the firmament of science fiction.

The stories gathered in Burning Chrome range across a spectrum of post-modern human experience, exploring everything from space travel to surveillance culture to late capitalism.

Among the ten futures here, we find these:

In “Johnny Mnemonic,” the title character, a famously technical boy, encounters razorgirls, assassins, and a cybernetically enhanced dolphin, in a fast-paced story, the first to be set in the Sprawl of Gibson’s first three novels.

In “The Gernsback Continuum,” Gibson ferociously deconstructs the banalities and limitations of the rocketships-and-rayguns futures that came close to strangling American science fiction in its infancy.

And in the title story, “Burning Chrome,” the lives of people living at the interface of technology and criminality are revealed as tendentious, yes, but also as exemplary of the challenges of any human relationships, whether they’re being played out in the past, the present, or a future that was the first to include “cyberspace,” a term Gibson coined for this story.

Burning Chrome will be oversized, printed on premium paper, in two colors throughout. David Ho has contributed a full-color wraparound dust jacket and full-page duotone interior illustration for each story.