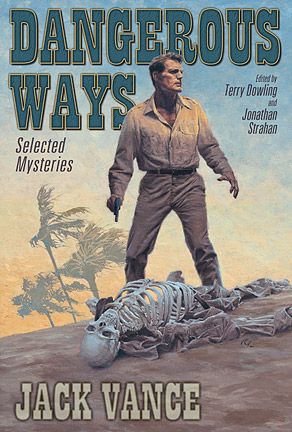 As well as being an inspirational, acclaimed and widely adored F&SF Grand Master and world-builder par excellence, Jack Vance has always been a mystery writer at heart. Even while ranging the starways and arcane dimensions under the name we best know him by, taking us to alien worlds, strange climes and fabulous yonders, he also used his given name of John Holbrook Vance (plus a few selected aliases) to turn out novels of intrigue and suspense set on this world, dealing with people almost like you and me.

Whether featuring exotic locales such as Morocco and the Marquesas, forgotten corners of his beloved California, or even more modest, mundane settings like downtown San Francisco and Oakland, these beguiling, often hard-hitting tales explore the same depths of greed, obsession and depravity as mark his highly praised Demon Princes novels, feature the same resourceful, often cool, sometimes fraught protagonists as travel Tschai, Halma or Cadwal, show the same canny insights into the workings of human nature, the familiar trademark wit, the same fabulous gift for language and creating a living, breathing sense of place.

Dangerous Ways serves up three of the master’s richest, most diverse mystery offerings from the fertile middle period of his long and impressive career: the Edgar Award-winning The Man in the Cage, the unforgettable hider-in-the-house thriller Bad Ronald, and the exotic South Seas murderfest The Deadly Isles.

Dangerous Ways presents three of the master’s self-penned works in the other popular genre he has always loved so dearly.

Note the traycase for the Desperate Days has a very slight bump on the front top left corner as pictured below.  For information on the Desparate Days follow this link. 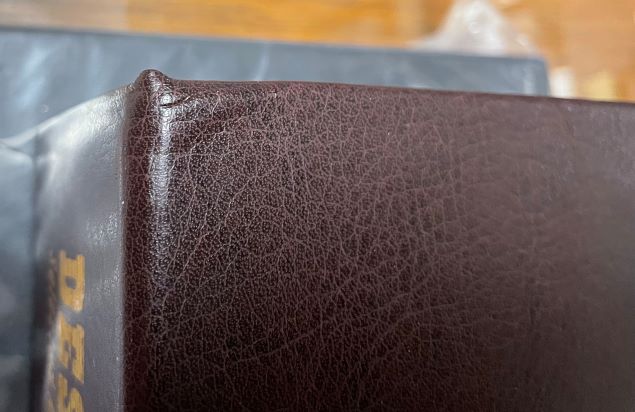 "PC" copy which is identical in every way to a numbered or lettered copy but has the letters "PC" in the limitation line, the "PC" denotes "Publisher's Copy" and is one of a very few copies produced for use by the Publisher, usually for contributors.