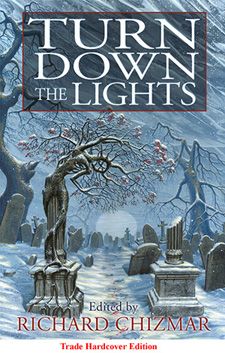 Turn Down the Lights

George Bush had just defeated Michael Dukakis in the Presidential Election. Pitcher Orel Hershiser and the Los Angeles Dodgers had beaten the Oakland A's in five games to win the World Series. People were waiting in line at movie theaters to watch Tom Cruise and Dustin Hoffman in Rain Man. Tom Clancy's The Cardinal of the Kremlin and Anne Rice's The Queen of the Damned were atop the bestseller lists. The most acclaimed genre books of the year were Thomas Harris's The Silence of the Lambs and Peter Straub's Koko.

Twenty-five years later, there have been seventy issues of Cemetery Dance magazine. There have been more than 275 signed Limited Edition hardcovers in the Cemetery Dance book line. There have been awards including the World Fantasy Award, the International Horror Critics Guild Award, and the HWA Board of Trustees Excellence in Specialty Press Publishing Award, as well as nominations for the British Fantasy Award, the American Horror Award, and the Bram Stoker Award, just to name a few.

To celebrate the 25th anniversary of that premiere issue of Cemetery Dance, they are proud to announce Turn Down the Lights, an anthology of authors who helped make the magazine what it is today. These original horror stories by Stephen King, Norman Partridge, Jack Ketchum, Brian James Freeman, Bentley Little, Ed Gorman, Ronald Kelly, Steve Rasnic Tem, Clive Barker, and Peter Straub capture the genuine love of the genre that pushes Cemetery Dance Publications forward year after year.

Now, turn down the lights, flip the page, take my hand, and start the dance…

Artists for the Artist Edition

Slipcased Artist Edition:  limited to 1000 copies signed by the editor and the artists, featuring TEN interior illustrations not available in the trade hardcover edition, bound in a deluxe material and Smyth sewn 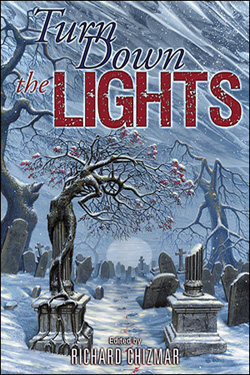