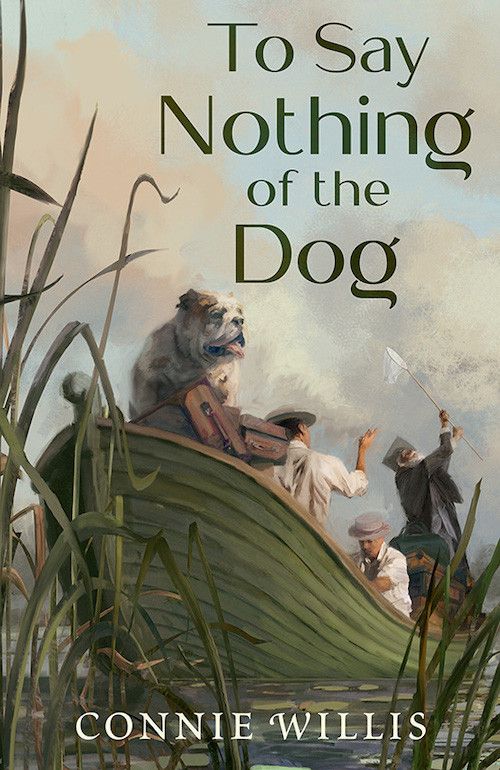 To Say Nothing of the Dog

Historian Ned Henry is at the end of his wits—but, alas, not at the end of the seemingly fruitless search through time for an artifact from Coventry Cathedral known as the “Bishop’s bird stump.” The tyrannical Lady Schrapnell insists every detail of a 21st century restoration of the cathedral, destroyed by Nazis in World War II, be perfect, including this one.

Diagnosed with a bad case of time lag, Ned is far from given a rest, but instead a secret mission to the Victorian era to return...something...from the past… If only he could remember what.

The something in question was accidentally brought through by Verity Kindle, another time traveler, and the most beguiling woman Ned has ever seen. Or is that the time lag talking? No matter, the two must team up to fix a continuing array of ridiculously serious problems. After all, it’s not just the wrath of Lady Schrapnell at stake, but the fabric of reality itself.

Nearly 25 years ago, Connie Willis published To Say Nothing of the Dog: or How We Found the Bishop’s Bird Stump At Last, a madcap, screwball masterpiece and the second novel featuring her now-beloved time-traveling Oxford historians, which went on to win the Hugo and Locus Awards, and was nominated for a Nebula Award. Revisit the novel that became an instant comedic and science fiction classic in this grand new edition.