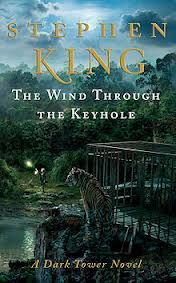 The Dark Tower: The Wind Through the Keyhole

Beginning in 1974, gaining momentum in the 1980s and coming to a thrilling conclusion when the last three novels were published in 2003-2004, the Dark Tower epic fantasy saga stands as Stephen King’s most beguiling achievement. It has been the basis for a long-running Marvel comic series.

Now, with The Wind Through the Keyhole, King has returned to the rich landscape of Mid-World. This story within a story within a story finds Roland Deschain, Mid-World’s last gunslinger, in his early days during the guilt-ridden year following his mother’s death. Sent by his father to investigate evidence of a murderous shape-shifter, a “skin-man,” Roland takes charge of Bill Streeter, a brave but terrified boy who is the sole surviving witness to the beast’s most recent slaughter. Roland, himself only a teenager, calms the boy by reciting a story from the Book of Eld that his mother used to read to him at bedtime. “A person’s never too old for stories,” he says to Bill. “Man and boy, girl and woman, we live for them.”

Sure to captivate the avid fans of the Dark Tower epic, this is an enchanting introduction to Roland’s world and the power of Stephen King’s storytelling magic. 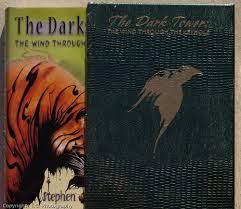 Donald Grant Limited Edition  of 800 copies complete with foil stamped traycase. Numbered and signed by Stephen King and Jae Lee. (the two copies we currently have are marked "Publisher's Copy" on the limitation line. 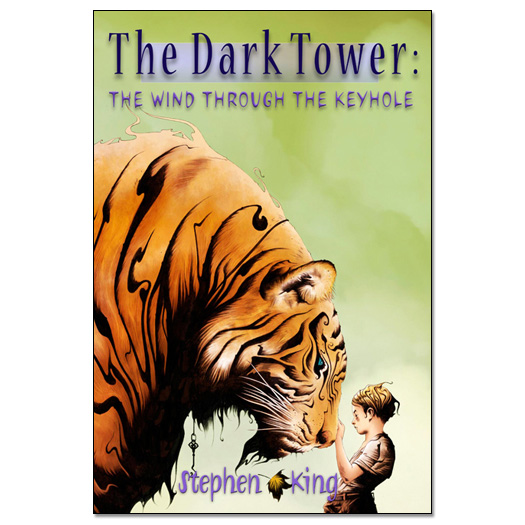