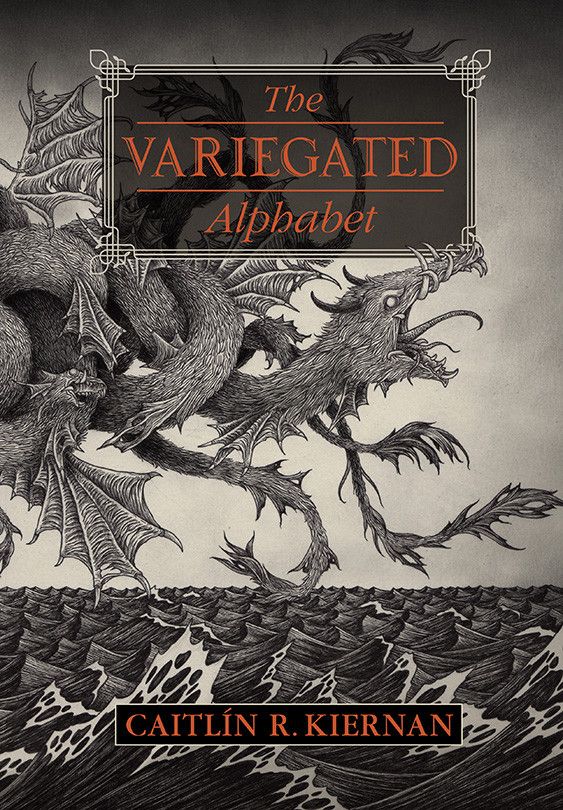 The Variegated Alphabet will be printed in two colors throughout, with a full-color wraparound dust jacket by John Kenn Mortensen, who has also provided a delightfully macabre illustration for each tale.

Long, long, long ago, in my faraway twenties, I stumbled across a comic book adaptation of Harlan Ellison’s exquisite The Chocolate Alphabet. I thought, Wow, this looks like fun. One day I’ll write one of these of my own! And I finally did, in the spring of 2006, when I wrote The Black Alphabet, twenty-six vignettes that added up to something greater, beginning with A is for Absinthe. And turns out it was fun. As an author who has a reputation for not actually enjoying the act of writing, it is a very happy day, indeed, when that sort of thing happens.

In fact, I enjoyed writing The Black Alphabet so much that I went on to write six additional alphabets: The Crimson Alphabet (2007-2008), The Yellow Alphabet (2010), The Aubergine Alphabet (2015), The Chartreuse Alphabet(2016), The Eldritch Alphabētos (2018), and The Cerulean Alphabet (2020). They are all collected here by Subterranean Press for the first time in a single volume. Which doesn't mean I've done my last primer. Because even after seven of them, it’s still fun.

Lettered: 26 signed copies, specially bound each in a different color (we are not sure how many of each color there are, but so far have seen a bunch of different colors and no duplicates), housed in a custom traycase

NOTE: Pictured above are three different colors we have had, the Purple and Red have sold, the Green is available and we do have a Yellow copy on the way to us if you are interested.