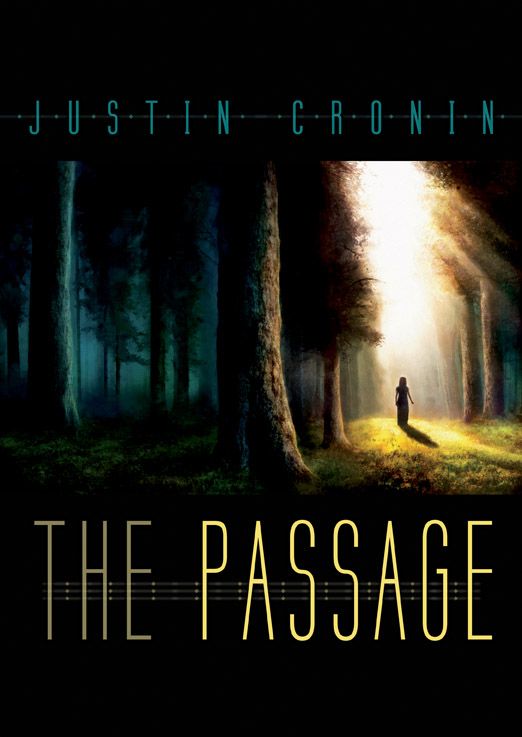 The Passage Trilogy - The Passage, The Twelve and The City of Mirrors

The Stand Alone copy of the Passage is #40 and is remarqued with the man in a hoodie (sorry I don't know the characters) and is housed in a slipcase.

About the Book:
"It happened fast. Thirty-two minutes for one world to die, another to be born."

First, the unthinkable: a security breach at a secret U.S. government facility unleashes the monstrous product of a chilling military experiment. Then, the unspeakable: a night of chaos and carnage gives way to sunrise on a nation, and ultimately a world, forever altered. All that remains for the stunned survivors is the long fight ahead and a future ruled by fear—of darkness, of death, of a fate far worse.

As civilization swiftly crumbles into a primal landscape of predators and prey, two people flee in search of sanctuary. FBI agent Brad Wolgast is a good man haunted by what he's done in the line of duty. Six-year-old orphan Amy Harper Bellafonte is a refugee from the doomed scientific project that has triggered the apocalypse. He is determined to protect her from the horror set loose by her captors. But for Amy, escaping the bloody fallout is only the beginning of a much longer odyssey—spanning miles and decades—towards the time and place where she must finish what should never have begun.

With The Passage, award-winning author Justin Cronin has written both a relentlessly suspenseful adventure and an epic chronicle of human endurance in the face of unprecedented catastrophe and unimaginable danger. Its inventive storytelling, masterful prose, and depth of human insight mark it as a crucial and transcendent work of modern fiction.

Note from the Publisher:
In January, The Wall Street Journal named The Passage by Justin Cronin as one of the top books that'll be published this year, and the writing has been compared to the works of Stephen King, Michael Crichton, and Margaret Atwood, among others. In fact, Stephen King was so impressed with the novel that he mentioned it in his Best Books of 2009 column in Entertainment Weekly even though it wasn't even published yet: "One that doesn't appear here is Justin Cronin's forthcoming novel, The Passage. This epic vampire novel won't be out until summer 2010, but you'll want to mark your calendar. Take it from Uncle Stevie, this is your basic don't-miss reading experience."

Special Features Exclusive to this Collector's Edition:
• epic cover artwork by Tomislav Tikulin
• black & white interior artwork by Jill Bauman
• special afterword by the author detailing why he wrote the book
• incredible photo gallery of research trips the author took for the book (including notes from the author discussing his inspiration for key scenes)
• map of a key location hand drawn by the author
• deluxe oversized design
• extremely collectible print run that is a tiny fraction of the hundreds of thousands of copies of the edition you'll see in bookstores — and you will NOT see our edition in chain bookstores!

With The Twelve, the story continues...

In the present day:
As a man-made apocalypse unfolds, three strangers navigate the chaos, desperate to find others, to survive, to witness the dawn on the other side of disaster.

Lila, a doctor and an expectant mother, has been so broken by the spread of violence and infection that she continues to plan for her child's arrival even as society dissolves around her.

Kittridge, known to the world as "Last Stand in Denver," has been forced by loss of electrical power to flee his stronghold and is now on the road, dodging the infected, armed but alone and well aware that a tank of gas will get him only so far.

April is a teenager fighting to guide her little brother safely through a minefield of death and ruin.

These three will learn that they have not been fully abandoned—and that in connection lies hope, even on the darkest of nights.

One hundred years in the future:
Amy, Peter, Alicia, and the others introduced in The Passage work with a cast of new characters to hunt the original twelve virals... unaware that the rules of the game have changed, and that one of them will have to sacrifice everything to bring the Twelve down.

The scope widens and the intensity deepens as the epic tale of sacrifice and survival begun in The Passage surges forward in this breathtaking sequel.

The City of Mirrors

The world we knew is gone. What world will rise in its place?

The Twelve have been destroyed and the terrifying hundred-year reign of darkness that descended upon the world has ended. The survivors are stepping outside their walls, determined to build society anew—and daring to dream of a hopeful future.

But far from them, in a dead metropolis, he waits: Zero. The First. Father of the Twelve. The anguish that shattered his human life haunts him, and the hatred spawned by his transformation burns bright. His fury will be quenched only when he destroys Amy—humanity's only hope, the Girl from Nowhere who grew up to rise against him.

One last time light and dark will clash, and at last Amy and her friends will know their fate.

Special Features Exclusive to this Collector's Edition:
• epic cover artwork by Tomislav Tikulin
• at least ONE DOZEN black & white interior illustrations by Jill Bauman
• deluxe oversized design with a fine binding
• Smyth sewn
• extremely collectible print run that is a tiny fraction of the hundreds of thousands of copies of the edition you'll see in bookstores — and you will NOT see our edition in chain bookstores!