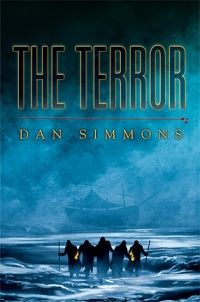 In the spring of 1845, Sir John Franklin leads a company of two ships and 130 men on a hazardous voyage to the remote, uncharted Arctic. His goal: to locate and map the legendary Northwest Passage. Two years later, the expedition, which began in a spirit of optimism and high purpose, faces disaster. Franklin is dead. The two ships -- the Erebus and the Terror -- are hopelessly trapped by gigantic, shifting ice floes. Supplies are dwindling, and the crews struggle daily against lethal, unimaginably frigid conditions. And something -- some Thing -- is stalking the survivors, spreading death, suffering, and chaos in its remorseless wake.

The Terror is both a rigorously researched historical novel and a compelling homage to one of the seminal SF/Horror films of the 1950s. It is popular fiction of the highest order, the kind of intense, wholly absorbing epic only Dan Simmons could have written.

This is a unique one of a kind book, it is not Lettered or marked PC, each book is bound as a lettered book and housed in a lettered  traycase BUT the limitation line is designated "Founder's Copy". No other copies of this book were designated in this manner, this is your chance to own the rarest and most unique Lettered State of this book.