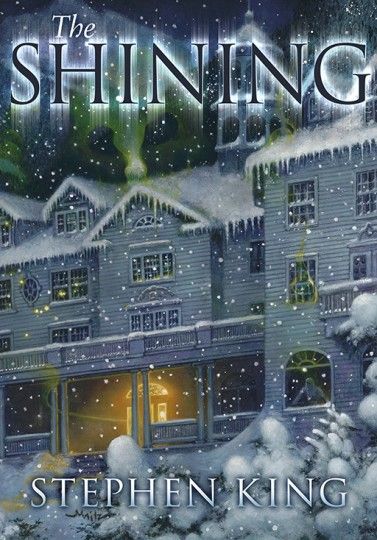 The Shining: The Deluxe Edition

The Overlook Hotel claimed the most beautiful physical setting of any resort in the world; but Jack Torrance, the new winter caretaker, with his wife Wendy and their five-year-old son Danny, saw much more than its splendor.

Jack saw the Overlook as an opportunity, a desperate way back from failure and despair; Wendy saw this lonely sanctuary as a frail chance to perserve their family; and Danny? Danny, who was blessed or cursed with a shining, precognitive gift, saw visions hideously beyond the comprehension of a small boy. He sensed the evil coiled within the Overlook's 110 empty rooms; an evil that was waiting just for them.

The Shining, by Stephen King, the undisputed master of the modern horror story.

click Here for More Information and/or to order a set to include Carrie, Salem's Lot and The Shining

click Here for More Information and/or to order a matching #'d set of Carrie, Salem's Lot and The Shining