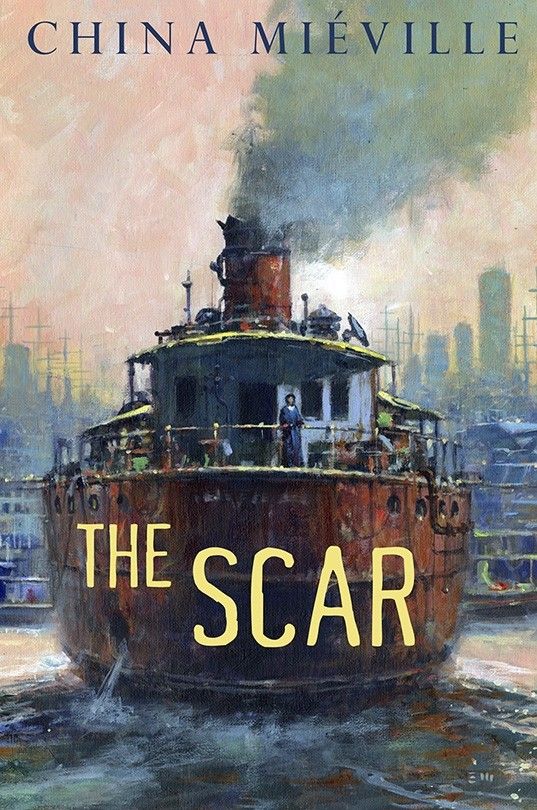 First published in 2002, China Mieville’s The Scar was the second in an extraordinary sequence of novels set in the fictional universe of Bas-Lag. The first Bas-Lag novel, Perdido Street Station, is widely regarded as a classic of modern fantasy. The Scar is every bit its equal.

The Scar is a novel of the sea—of the people, ships and cities that live on the surface, and the astonishing creatures that live beneath. It tells the story of an ill-fated voyage from New Crobizon, the primary setting of Perdido Street Station, to the fledgling colony of Nova Esperium. That voyage will encompass piracy, floating cities, transformative magic, impossibly vast sea creatures, and the threat of impending war. It will lead, in the end, to a region known only as The Scar, where quotidian reality breaks down and new possibilities proliferate.

The Scar is a definitive example of The New Weird, an expansive, revolutionary offshoot of traditional fantasy. Written in muscular, often poetic language and informed throughout by the author’s intelligence and restless imagination, it remains a unique accomplishment, a book no one else could have written. For Mieville’s longtime fans, The Scar is a novel well worth rediscovering. For newcomers, it is an irresistible introduction to an extraordinary fictional world.

Limited: 500 signed numbered hardcover copies and sold out at the publisher

Matching Lettered Set: We are offering a matching lettered set, Letter R, with rights to furture volumes of the Bas-Lag series directly through Subterranean Press.