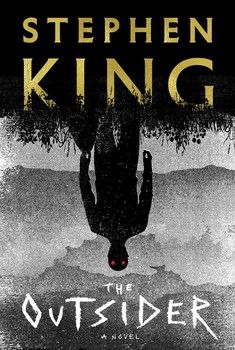 From #1 New York Times bestseller Stephen King, whose brand has never been stronger, comes one of his most propulsive and unsettling stories ever.

An eleven-year-old boy is found in a town park, hideously assaulted and murdered. The fingerprints (and later DNA) are unmistakably those of the town’s most popular baseball coach, Terry Maitland, a man of impeccable reputation, with a wife and two daughters. Detective Ralph Anderson, whose son Maitland coached, orders an immediate and public arrest. Maitland is taken to jail, his claim to innocence scorned. Maitland has a foolproof alibi, with footage to prove that he was in another city when the crime was committed. But that doesn't save him either.

King constructs a propulsive plot, and a race against time to uncover the identity of a terrifying and diabolical killer who has left victims—and “perpetrators”—across the country, and who is on his way to his next horrific act.

King’s psychological suspense is at its most riveting in this extraordinarily dramatic and eerie story. He is devastatingly vivid on the experience of being falsely blamed—the effect on the accused, the spouse, the children; the suspicion of friends, even the most loyal; the impossibility of ever being innocent again (if you are lucky to enough to live). He is also masterful at showing us that supernatural monsters are startlingly like human beings who do monstrous things.

1st US trade - READING COPIES: Because of the way Scriber ships its books we have to order twice what we think we need because so many come in damaged and we have to try to get our customers the best copies we can.  As is typcial we have bumped copies, they are still 1st editions, we understand it has gone into a third printing, but they are bumped and sold as is, no returns, we are selling these as reading copies at a discount.