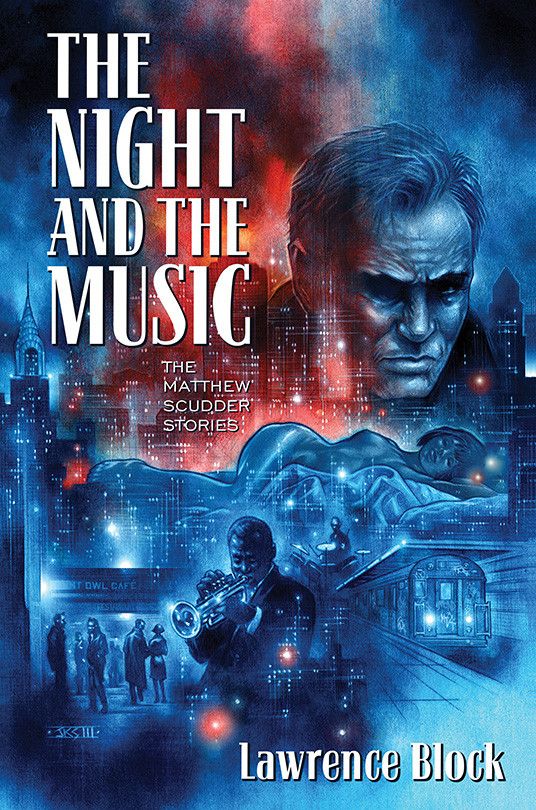 The Night and the Music

Since his debut in 1976 in The Sins of the Fathers, Matthew Scudder has been universally acclaimed as one of the finest creations not just of MWA Grand Master Lawrence Block’s esteemed career but of the mystery genre as a whole. The star of 17 novels, two feature films, a graphic novel and most recently a standalone novella from Subterranean Press (A Time to Scatter Stones). Scudder is a brilliant creation whose humanity and painful struggle for redemption have given him a life beyond the page and a permanent place in millions of readers’ hearts.

In The Night and the Music, Lawrence Block has compiled all of Scudder’s shorter cases into one volume, from the Edgar Award-winning “By the Dawn’s Early Light” (inspiration for the novel many consider the best in the series, When the Sacred Ginmill Closes) and the Shamus Award-winning “The Merciful Angel of Death” to the two substantial novelettes — “Out the Window” and “A Candle for the Bag Lady” — that kept the character alive after the first three novels fell victim to their publisher’s dire straits. Also included is the nostalgic “One Last Night at Grogan’s,” written especially for this collection.

In the pantheon of crime fiction, Matthew Scudder has earned a place alongside iconic figures such as Philip Marlowe, Sam Spade, and Lew Archer. This exceptional volume will remind you why.

The signed numbered edition will include everything in the trade edition, plus the novella A Time to Scatter Stones.

Limited: 500 signed numbered copies, bound in leather, including the novella, A Time to Scatter Stones