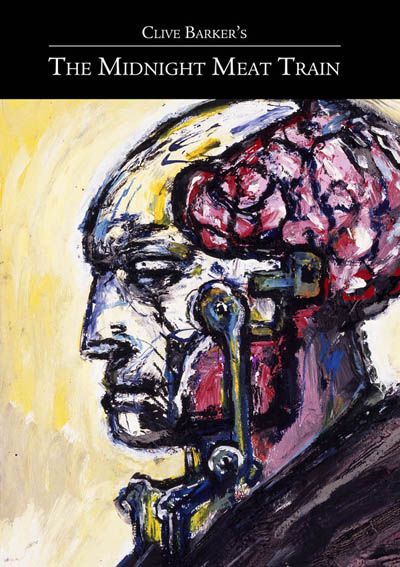 The Midnight Meat Train and The Body Book

In 1984 the Books of Blood by Clive Barker were published and quickly gained a following worldwide. Literary eminences like Stephen King noticed early on the creativity and powerful prose throughout the Books of Blood, bringing Clive Barker's stories to the forefront of horror fiction. One of these stories was "The Midnight Meat Train" following one Leon Kaufman as he discovers the origins of a series of grizzly subway train murders in New York City... and the controlling forces behind it all.

Clive Barker's The Midnight Meat Train Special Definitive Edition brings the original story back with all-new material: a new afterword written by Clive Barker, 9 color paintings based on the story by the author, a new introduction by Phil & Sarah Stokes, a foreword by the movie screenplay writer Jeff Buhler, the first complete commercial printing of the movie screenplay, never-before-seen photos, notes, sketches and more

Including two of Clive Barker's classic stories from his groundbreaking collections Books of Blood, "The Body Politic" and "In the Flesh", exclusive content from the cinematic adaptation of "The Body Politic" and detailed information on the "In the Flesh" film that never came to be, The Body Book joins award-winning filmmaker Mick Garris (Quicksilver Highway, Masters of Horror, The Stand) with longtime friend and collaborator Clive Barker in an effort to bring fans never-before-seen photos, writings, interviews and much more. The Body Book contains the complete In the Flesh screenplay written by Mick Garris that was never put to film, new interviews with Clive Barker and Mick, an original introduction by Phil and Sarah Stokes, storyboards, photos and other behind-the-scenes materials for the film adaptation of "The Body Politic" by Clive Barker never revealed to the public before this volume.

NOTE: this is a matched lettered set - the traycase for The Body Book has four bumped corners as pictured, the Midnight Meat Train, one very slight bump, not pictured - priced accordingly!  Don't let this rare set slip away!