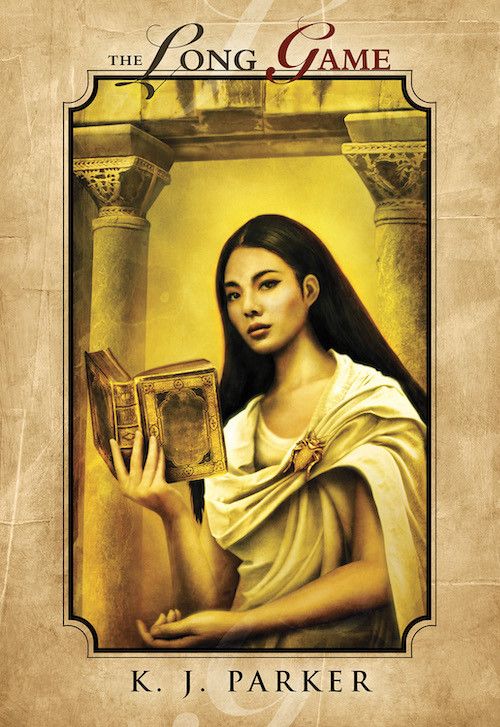 The always unpredictable K. J. Parker has written some of the most original and compelling fantasy fiction of recent decades. In his latest novella, The Long Game, Parker has turned once again to the comic side of his multi-faceted talent, and the result is one of the most purely entertaining creations of a distinguished career.

The unnamed narrator of The Long Game is an Adept, a member of an Ecclesiastical order charged, among other things, with opposing a race of immaterial demons, creatures capable of possessing and controlling human minds. Complicating the narrator’s life is the fact that, over time, he has developed a cordial “relationship” with one of the demons. Complicating matters further is the unexpected arrival of Amalasomtha, a young woman with impossible abilities who claims to have come from the remote—perhaps mythical—country of Idalia. She also claims that, for reasons she does not entirely understand, she has been tasked with capturing one such demon and returning with it to Idalia. The truth, it turns out, is considerably more complex.

Amalasomtha’s arrival sets in motion a chain of events encompassing murder, magic, deception, and an array of unintended consequences. By the story’s end, this consistently witty account of demonic possession, hidden agendas and Ecclesiastical politics has taken us to some unexpected places and given us a glimpse of a larger story still, the “long game” that lies at the heart of all human history. The Long Game is funny, provocative, extravagantly imagined, and good for the soul. This is K. J. Parker at the top of his considerable form. What more needs to be said?