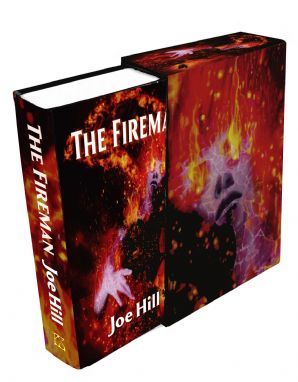 Thanks to author Joe Hill and those lovely folks at Gollancz, PS are publishing the super-duper bells’n’whistles edition of Joe’s apocalyptic novel, THE FIREMAN in September 2016. Coming out just three months after Gollancz’s trade version

PS launched Joe Hill onto an unsuspecting world back in 2005 with his groundbreaking debut volume, 20TH CENTURY GHOSTS. The PS edition of THE FIREMAN is set to follow the same high  standard . . . and then some.

From the award-winning, New York Times bestselling author of 20th Century Ghosts, Horns, NOS4A2 and Heart-Shaped Box comes a chilling novel about a worldwide pandemic of spontaneous combustion that threatens to reduce civilization to ashes and a band of improbable heroes who battle to save it, led by one powerful and enigmatic man known as the Fireman.

Limited to 974 copies in an illustrated slipcase and signed by the author;

Note the copy we have has a very slight crease to the top of the dust jacket, should not be noticiable in mylar.  Picture Below 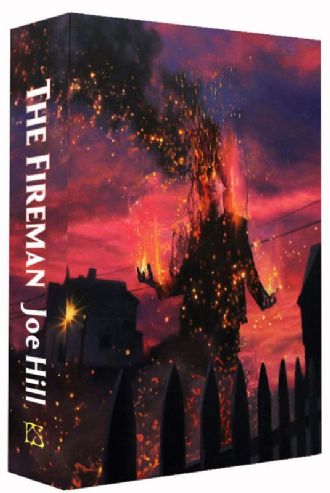