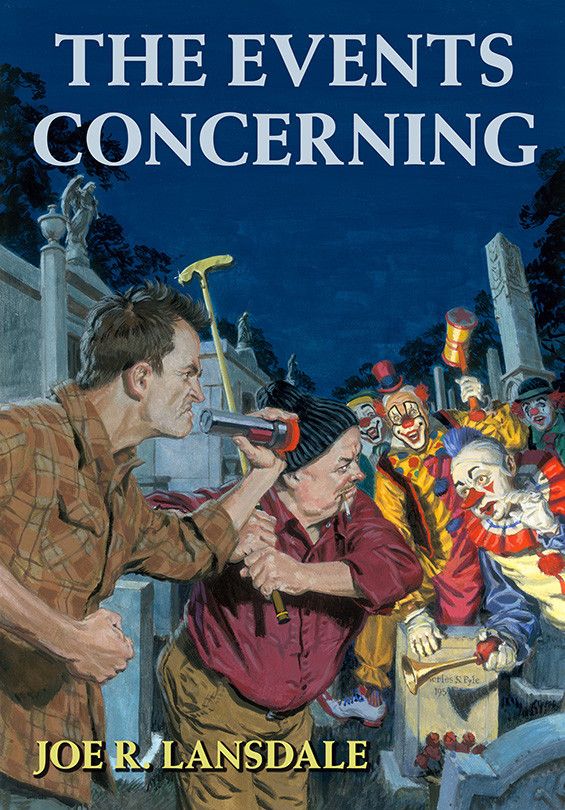 Back in the nineties a novella, "The Events Concerning a Nude Fold-Out Found in a Harlequin Romance," about jobless Plebin Cook, his daughter Jasmine, and a used bookstore owner named Martha, received a Bram Stoker Award and appeared to be the start of a series.

But now, we’re taking a time machine back to the original story, involving circus dogs, mannikins and a serial killer, and we’re adding a quirky, short novel, The Events Concerning Two Stabbed Clowns in a Bloody Bathtub. The novel is wilder than the original tale and answers the question: What did Plebin and the gang do next?

But Plebin, Jasmine and Martha are on the job, because they not only have a used bookstore to run, they own a private eye agency, BOOKS AND BULLETS, and they are clown deep into a twisty investigation.

An investigation that soon becomes a race against time to rescue a child before she is deprived of air and a wicked vengeance is completed.

Step up and step out with the gang.

But watch the face paint and the blood puddles, and keep your back to the wall.

Things are about to go sideways in the best way possible for a reader craving mystery, suspense, and unexpected thrills.