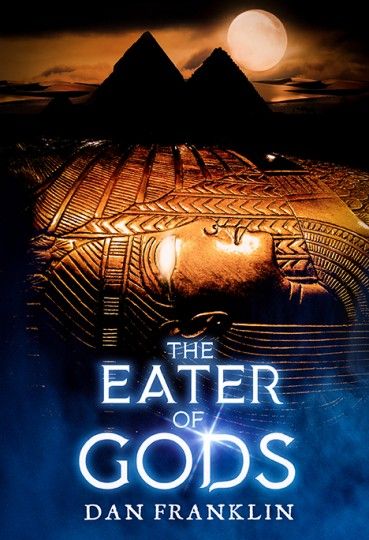 The Eater of Gods

Nothing really dies if it's remembered, his wife had told him.

In the dying village of Al Tarfuk, lost among the war-stained dunes of eastern Libya, professor Norman Haas learns the location of the tomb that had been his wife’s life pursuit. The final resting place of Kiya, the lost queen of Akhenaten, whose history had been etched from the stone analogues of history for her heresies against the long absent pantheon of Egyptian gods.

He never expected to discover that the tomb was the final resting place to more than the dead. And as his team of researchers find themselves trapped inside the ancient tomb, Norman realizes all too soon that his wife was right—

Nothing really dies if it's remembered…

But some things are best forgotten.

Dan Franklin’s debut supernatural thriller is a tale of grief, of loneliness, and of an ageless, hungry fury that waits with ready tooth and claw beneath the sand.

Limited Edition Specifications:
• Limited to just 750 signed copies
• Signed by the author
• Printed on 60# acid-free paper
• Bound in full-cloth with colored head and tail bands
• Featuring hot foil stamping on the front boards and spine
• Printed and bound with full-color endpapers
• Smyth sewn to create a more durable binding
• Wrapped in a full-color dust jacket
• Limited ONE TIME printing of this special edition