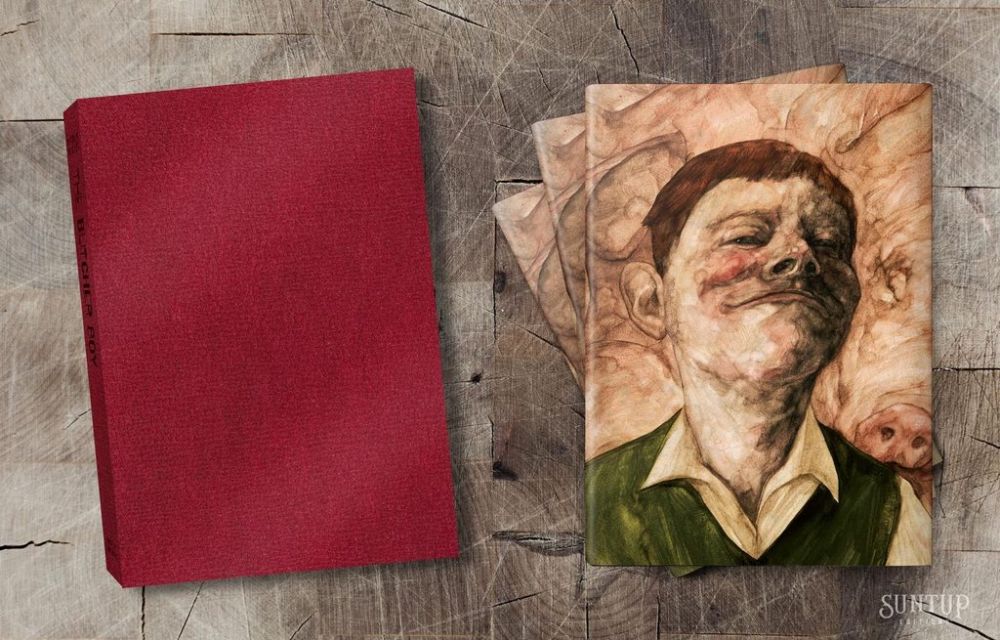 A powerful and unrelenting journey into a young boy’s heart of darkness, The Butcher Boy by Patrick McCabe is startlingly original and impossible to put out of your mind.

Set in a small town in Ireland in the early 1960s, The Butcher Boy is the story of Frances “Francie” Brady, also known as “pig boy,” the only child of an alcoholic father and a mother driven mad by despair. As his troubled home life collapses, Francie retreats into a violent fantasy world. Held up for scorn and ridicule by the sanctimonious neighbor Mrs. Nugent, and dropped by his best friend Joe in favor of Mrs. Nugent’s son, Francie finally finds a target for his rage, and a focus for his twisted, horrific plan. Dark, haunting, and often screamingly funny, The Butcher Boy chronicles the pig boy’s ominous loss of innocence and chilling descent into madness.

The Butcher Boy won the 1992 Irish Times Irish Literature Prize for Fiction, and was shortlisted for the 1992 Booker Prize. In 1997, it was adapted by the author and Neil Jordan into an award-winning film.