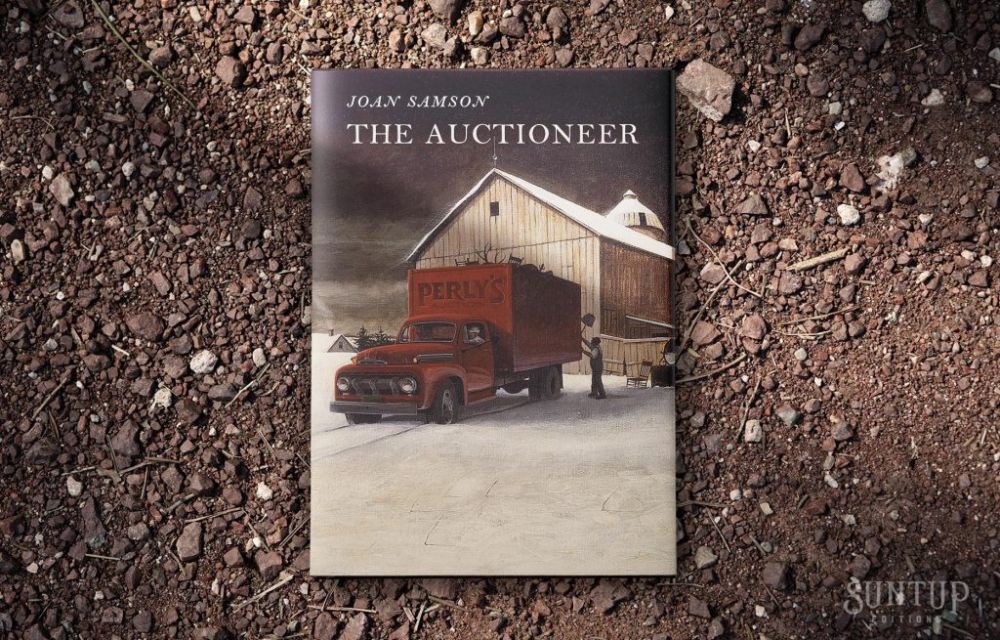 One of the finest and bestselling horror novels of the 1970’s, Joan Samson’s The Auctioneer is a chilling masterpiece of terror. In an isolated New Hampshire farming community where little has changed over the past several decades, John Moore and his wife Mim do their best to maintain the family farm and live a modest, hardworking life. But from the moment the charismatic Perly Dinsmore arrives in town, soliciting donations for his auctions, the community of Harlowe slowly and insidiously starts to change. As the auctioneer carries out his terrible, inscrutable plan, the Moores and their neighbors will find themselves gradually but inexorably stripped of their freedom, their possessions, and perhaps even their lives.

Upon its release in 1975, The Auctioneer was received with wide acclaim. Newsday hailed it “a suspenseful, engrossing novel with the most gripping and violent ending we’ve encountered for some time.” The Grand Rapids Press lauded it, “a powerful novel by a powerful author.” The New York Times called it, “explosive and chilling… I challenge anyone to resist it after reading the first few pages.”

Despite critical praise, sales of over a million copies, a popular television advertisement, and efforts to turn the novel into a film, The Auctioneer went out of print soon after its release and was considered a lost gem of a novel for subsequent decades. Written by a young, talented, and promising author, The Auctioneer would ultimately be Joan Samson’s only novel. Sadly, she passed away shortly after the book’s publication, edging the novel further into obscurity. The Auctioneer found its way back to print in 2018 in a trade edition, returning at last to chill a new generation of readers.

With echoes of Shirley Jackson’s “The Lottery” and Stephen King’s Needful Things, Samson’s slow burn of understated violence builds to a climactic fever pitch with an ending that makes for one of the most unforgettable horror novels of all time.

The Artist Gift edition is limited to 1000 copies featuring the original first edition dust jacket artwork by Wendell Minor, reproduced in full color. It is a full cloth, smyth sewn binding with two-hits foil stamping. It is the only edition of the three with the dust jacket, and is signed by Dave Christensen and Wendell Minor. The edition is housed in a distressed faux leather embossed slipcase.