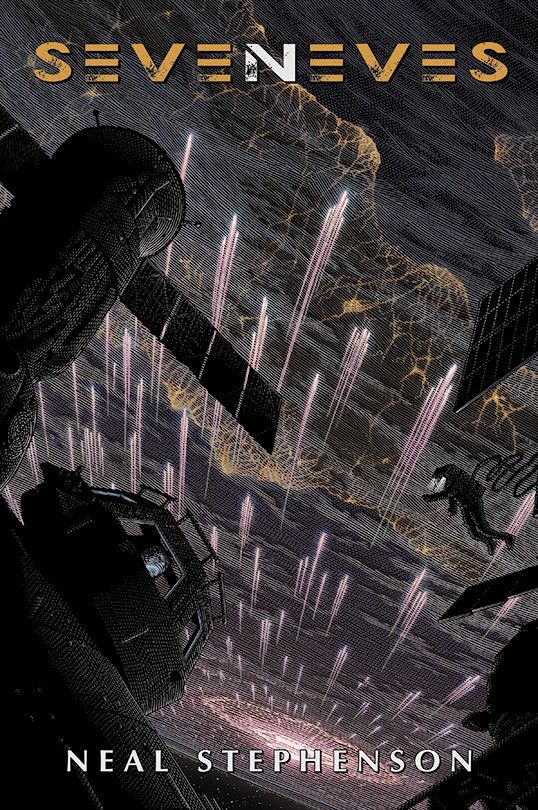 It begins with the destruction of the moon. In the near future, and for no known reason, the Earth’s moon shatters into seven gigantic pieces. Scientific data indicates that, within two years, debris from this event will enter Earth’s atmosphere, with catastrophic consequences. Oceans will boil away, the atmosphere itself will ignite, and the earth will be rendered uninhabitable for millennia. This is the backdrop against which Neal Stephenson has set one of his most ambitious and visionary fictions: Seveneves. The result is an astonishing portrait of the human future, a future only Neal Stephenson could have imagined.

In the aftermath of the catastrophe, two separate survival plans emerge. Many hope to find refuge in subterranean caverns or in the deepest oceanic trenches. Others look outward for salvation. Under the direction of U.S. president Julia Bliss Flaherty, this latter group prepares to depart the planet and relocate to a “Cloud Ark,” a series of decentralized habitats surrounding the International Space Station. Only 1500 select people will make this transit, which itself is merely the first step in an evolutionary journey that will continue for more than 5000 years.

That journey will encompass personal tragedies, political and social rivalries, and an epic loss of human life.

As always, Stephenson paints on the largest possible canvas. As always, he combines storytelling genius with an astounding mastery of the complex systems—political, philosophical, technological—that shape our common destiny. Like so much of Stephenson’s work, Seveneves is a monumental accomplishment that offers intellectual challenges and sheer narrative excitement in equal measure. It is the work of one of fiction’s modern masters, and it’s going to be around for a very long time to come.