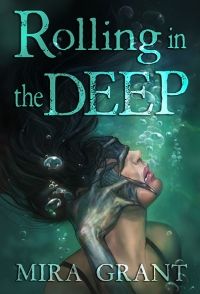 Rolling in the Deep

When the Imagine Network commissioned a documentary on mermaids, to be filmed from the cruise ship Atargatis, they expected what they had always received before: an assortment of eyewitness reports that proved nothing, some footage that proved even less, and the kind of ratings that only came from peddling imaginary creatures to the masses.

This is the story of the Atargatis, lost at sea with all hands.  Some have called it a hoax; others have called it a maritime tragedy.  Whatever the truth may be, it will only be found below the bathypelagic zone in the Mariana Trench…and the depths are very good at keeping secrets.

Limited: 1000 signed numbered hardcover copies and sold out at the publisher