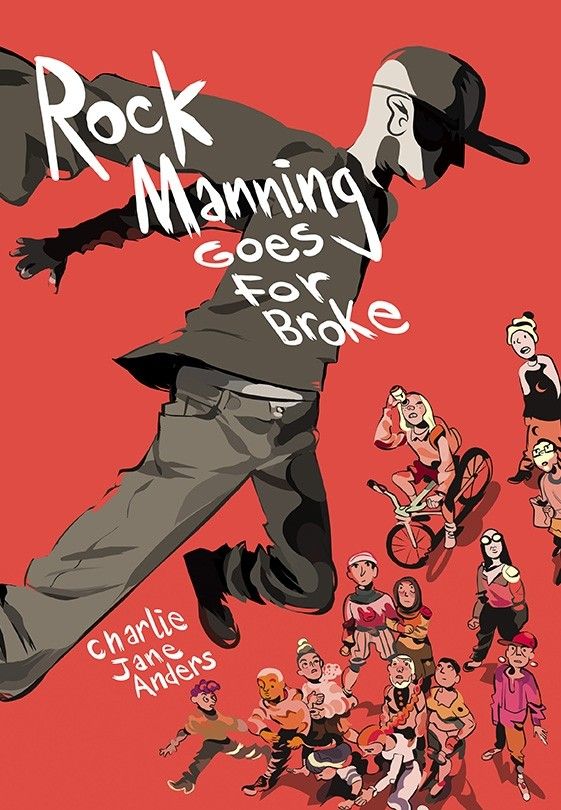 Subterranean Press is proud to present Rock Manning Goes for Broke, a major new novella by Charlie Jane Anders, whose first novel, All the Birds in the Sky, won the Nebula, Locus, and Crawford awards, and was on Time Magazine’slist of the 10 best novels of 2016.

Rock Manning lives and breathes slapstick comedy, and his whole life is an elaborate tribute to the masters, like Buster Keaton, Harold Lloyd and Jackie Chan. With his best friend, Sally Hamster, he creates joyfully chaotic short movies that are full of mayhem and silliness.

But Rock and Sally are becoming famous at a time of unrest, when America's economy has collapsed and people are taking refuge in highly addictive drugs. America's youth are being drafted to take part in endless wars against imaginary enemies overseas, while at home, a fascist militia known as the Red Bandanas is rising to power. As America becomes more mired in violence and destruction, Rock Manning's zany comedy films become the escapist fun that everybody needs.

Over-the-top physical comedy and real-life brutality collide, as Rock and Sally find themselves unable to avoid getting sucked into the slow implosion of their country. The Red Bandanas want Rock Manning to star in propaganda films promoting their movement, and soon Rock and Sally are at the center of the struggle for the soul of America. The trauma and death that Rock witnesses begin to take a toll on him.

When a botched weapon test plunges the world into deeper chaos, Rock and Sally must confront once and for all the outer limits of comedy.