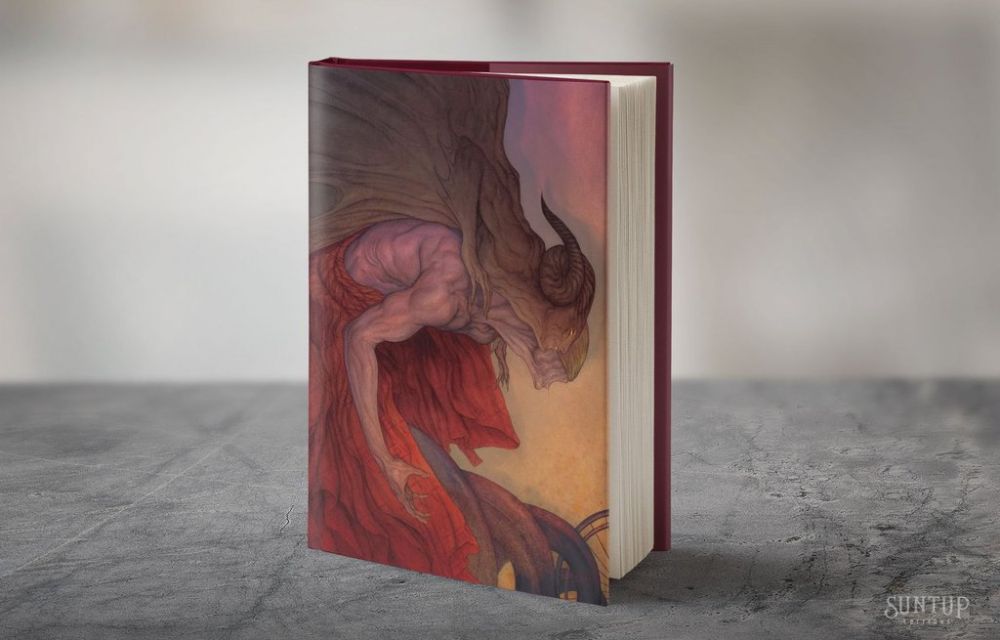 Red Dragon and The Silence of the Lambs

Hailed by critics as “gruesome, graphic, and all too realistic,” Red Dragon by Thomas Harris was first published in 1981 and marked a turning point in the way crime novels were written.

The first novel in Harris’s widely acclaimed Hannibal series, Red Dragon added a sense of realism to the crime novel while injecting it with a heavy dose of horror. Harris took criminology classes to prepare for the novel, while working closely with FBI Behavioral Science agents. His extensive research was poured into creating one of the most iconic villains in history: Hannibal Lecter.

In Red Dragon, former FBI profiler Will Graham comes out of retirement to apprehend a serial killer known as “The Tooth Fairy,” but to do so he must enlist the help of Lecter, a brilliant psychiatrist and cannibalistic serial killer with whom he has a dark past.

Harris writes his villains with a profound complexity. This, combined with his attention to the detail of FBI and police operations, added harrowing realism to his novel, and to the genre itself. The success of Red Dragon would lead to two sequels and a prequel in the Hannibal series. In 2002, the book was adapted into a film starring Anthony Hopkins and Edward Norton, directed by Brett Ratner.

The Silence of the Lambs

The second book in Thomas Harris’s Hannibal series, The Silence of the Lambs was first published in 1988; a sequel to the author’s 1981 novel, Red Dragon. This time, the cannibalistic forensic psychiatrist Hannibal Lecter is called upon by FBI Special Agent Clarice Starling, to use his powers of deduction to assist her in tracking down the grotesque serial killer known only as Buffalo Bill. But to enlist Dr. Lecter’s help, Starling will have to risk everything by letting him inside of her mind.

In Red Dragon, author Thomas Harris introduced us to Dr. Hannibal Lecter, and in The Silence of the Lambs he ushers Lecter to center stage, creating one of the most iconic and enduring villains the page and screen have ever known.

Ingenious and masterfully written, The Silence of the Lambs is a modern-day classic of suspense and storytelling.

ARTIST GIFT EDITION (Please note that Artist Gift editions are not numbered) The Artist Edition is limited to 1000 copies with a reversible dust jacket featuring two wrap-around illustrations by Tom Bagshaw. It is a full cloth, smyth-sewn binding with a foil stamped cover. Endsheets are embossed, and it is the only edition of the three with the dust jacket. The edition is signed by Tom Bagshaw and is housed in an illustrated slipcase.

NUMBERED EDITION The Numbered edition of 350 copies is a full Japanese cloth hand binding with a blind stamped cover. The leather spine label is foil stamped, and the endsheets are illustrated. The edition is printed offset on Mohawk Via, and is housed in a unique brocade fabric slipcase. This edition is signed by Thomas Harris and Tom Bagshaw. Our numbered copies come with a

This genuine Hagen-Renaker ceramic lamb is included free with all pre-orders of either the Lettered or Numbered editions of The Silence of the Lambs. Made by world-famous Hagen-Renaker, manufacturer of collectible ceramic animal figurines for 70 years. Each figurine ships with the accompanying Hagen-Renaker card embossed with the Suntup Editions logo.