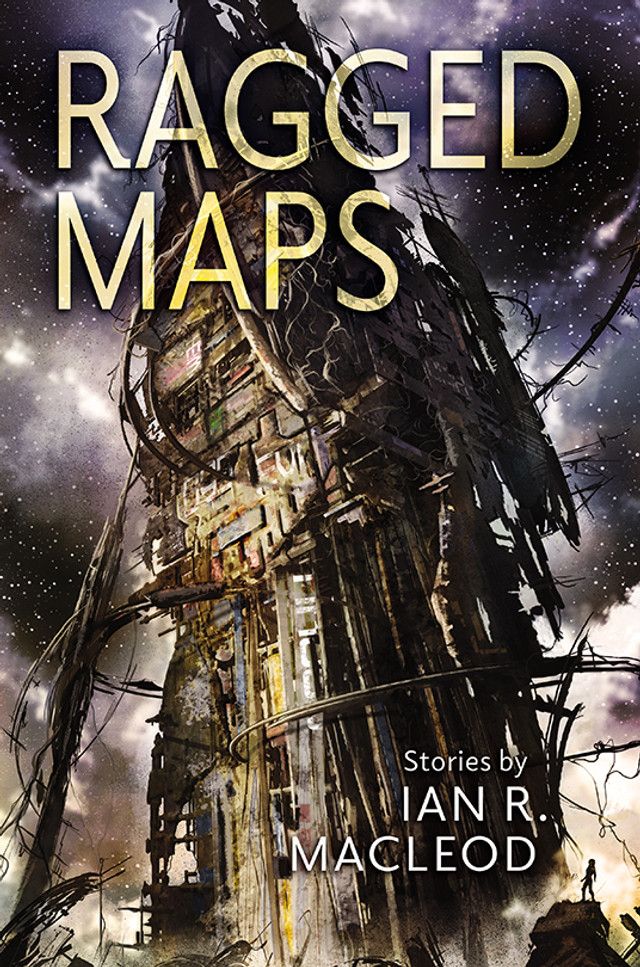 From furthest reaches of deep space in “The Memory Artist” to the jungles of Yucatan in “Lamagica,” and from the strange suburbia of “Stuff” to a Vatican where a dying pope awaits deliverance in “Sin Eater,” the worlds mapped out by these stories range far and wide.

As, from the mythic ancient city of “The God of Nothing” to the post-human futures of “Ephemera” and “The Fall of the House of Kepler,” via alternate pasts and some very twisted presents in such tales as “Selkie,” “The Mrs Innocents” and “The Chronologist,” do the times.

What holds all these pieces together, including the gripping long new novelette “Downtime” and its vision of a near-future penal system, are vivid writing, strong characters and a sense of awe and surprise. On travels that will take you from cluttered attics and strange shorelines to star-flung civilisations and beyond, let Ian R MacLeod be your guide.

Ian R MacLeod is the author of seven novels and five short story collections spanning the entire spectrum of fantastic fiction which have been critically acclaimed, widely anthologised and translated into many languages. His work has won the Arthur C Clarke award for the Year’s Best Novel, along with Sidewise Award for Alternative-World Fiction (twice), the World Fantasy Award (again twice), the John W Campbell Memorial Award and the Locus Award for the Year's Best First Novel. He lives in the riverside town of Bewdley in England.