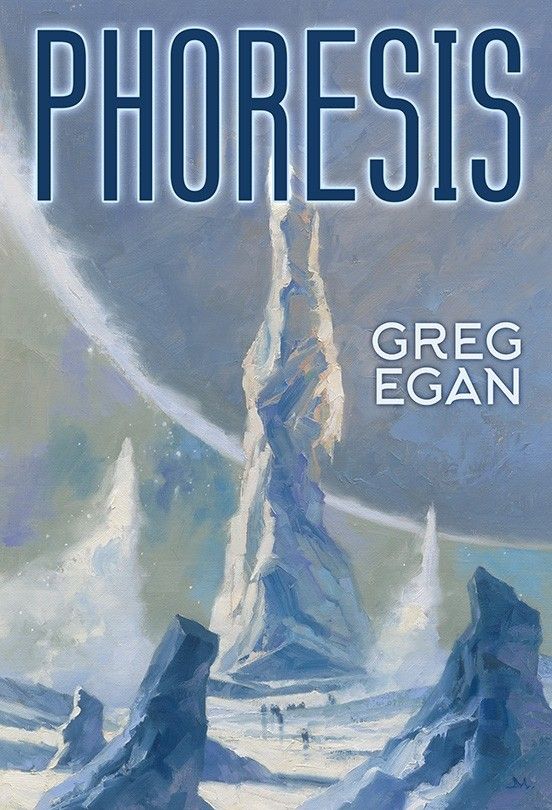 Welcome to Tvibura and Tviburi, the richly imagined twin planets that stand at the center of Greg Egan’s extraordinary new novella, Phoresis.

These two planets—one inhabited, one not—exist in extreme proximity to one another.  As the narrative begins, Tvibura, the inhabited planet, faces a grave and imminent threat: the food supply is dwindling, and the conditions necessary for sustaining life are growing more and more erratic. Faced with the prospect of eventual catastrophe, the remarkable women of Tvibura launch a pair of ambitious, long-term initiatives. The first involves an attempt to reanimate the planet’s increasingly dormant ecosphere. The second concerns the building of a literal “bridge between worlds” that will connect Tvibura to its (hopefully) habitable sibling.

These initiatives form the core of the narrative, which is divided into three sections and takes place over many generations. The resulting triptych is at once an epic in miniature, a work of hard SF filled with humanist touches, and a compressed, meticulously detailed example of original world building. Most centrally, it is a portrait of people struggling—and sometimes risking everything—to preserve a future they will not live to see. Erudite and entertaining, Phoresis shows us Egan at his formidable best, offering the sort of intense, visionary pleasures only science fiction can provide.