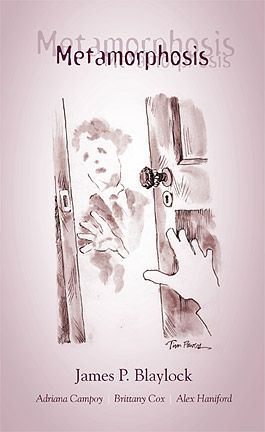 ...Metamorphosis: three stories, each one involving a man who discovers that he has come to dwell, for an hour or for a lifetime, in a house and in a mind not quite his own. Each one opens doors onto rooms of illusion, radiance, regret, and dark enchantment. Welcome to the stories of three young writers, stories written in collaboration with James P. Blaylock. Welcome to the borderland of illusion and reality.

Three tales, written in collaboration by James P. Blaylock with students in a class by Tim Powers, with an introduction and illustrations by Tim, an afterword by Blaylock, and some necessary meddling by William Ashbless.

Limited to 1000 numbered hardcover copies signed by all but William Ashbless, who wanted far more money to sign the damned books than his illegible scrawl is worth.

Lettered: Four copies, each containing one of the original Powers illustrations, signed by all but William Ashbless, housed in a custom traycase and sold out at the publisher (following is a picture of the artwork): 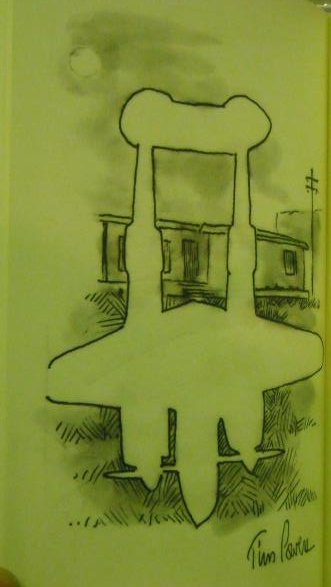