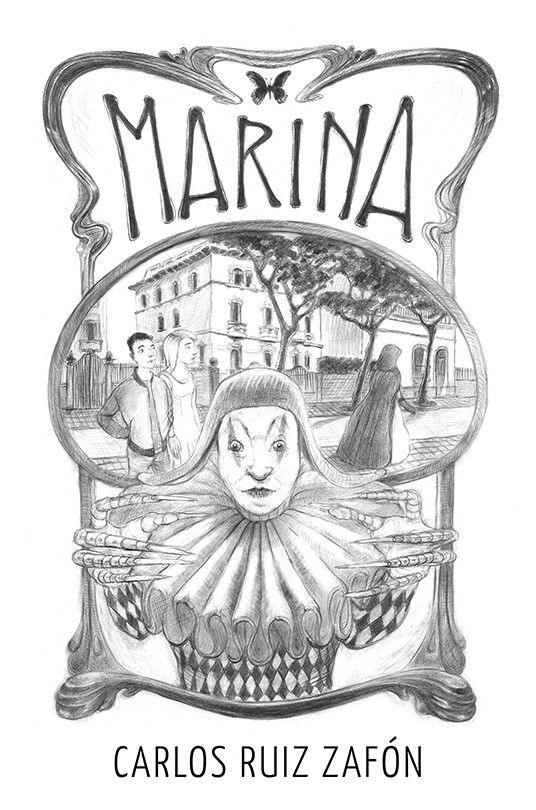 “Sometimes, the things that are the most real only happen in one’s imagination, Oscar,” she said. “We only remember what never really happened.”

Before Carlos Ruiz Zafón gifted the world with his brooding, rainswept vision of Barcelona in the classic world-wide bestseller, The Shadow of the Wind, he invested the city with the macabre in Marina, a high gothic tale that stands easily beside Mary Shelley’s Frankenstein.

The author’s fascination with the mystery of memory is on full display in the story of young Oscar Drai, a boarding school student who takes every opportunity to explore the haunted streets of the city. On one such expedition, he is drawn into a decaying mansion and, inadvertently, into thievery, when he steals a gold watch with a cryptic inscription. Returning the watch, he becomes entangled with the Blau family, the fallen artist Germán and his beautiful daughter Marina.

As in Ruiz Zafón’s Cemetery of Forgotten Books novels, which Marina foreshadows, the protagonist soon discovers that the people he thinks he is coming to know, and the city he had thought he knew already, conceal dark secrets. A mysterious woman in black who visits a hidden grave, a murdered man with artificial hands, and a nightmarish greenhouse filled with the handicrafts of a madman who may or may not be far older than he could possibly be, all combine to bring this extraordinary novel to a high pitch of horror and mystery.

During his lifetime, Carlos Ruiz Zafón became Spain’s most widely published author, with translations of his work appearing in more than 40 different languages. His work received dozens of accolades around the world and continues to be read and treasured by numberless readers. Marina offers readers the chance to revisit an early work of a master storyteller in a deluxe new edition.