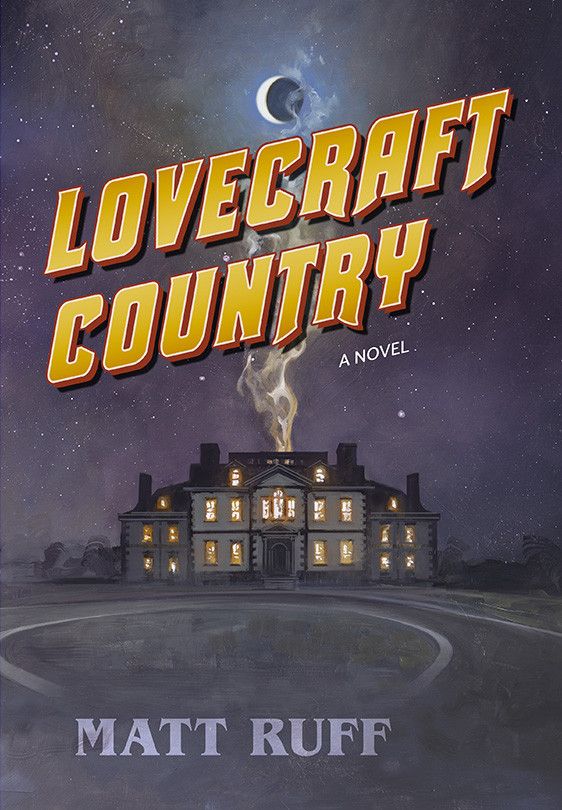 Lovecraft Country… You won’t find it on any map. It has no fixed geographical coordinates, and you can’t measure the distance to it, even in Jim Crow Miles. You’ll look in vain for references to it in any book of travel. But rest assured, should you end up in Lovecraft Country—you’ll know it.

Just ask Korean War veteran Atticus Turner, who returns home to Chicago in the summer of 1954 to find that his father, Montrose, has gone missing. The only clue to his whereabouts is a letter in which Montrose claims to have uncovered a mysterious family legacy in Arkham, Massachusetts—a town that Atticus, a fan of weird tales, knows is fictional. Or is it?

Accompanied by his uncle George, publisher of The Safe Negro Travel Guide, and his friend Letitia, Atticus sets out on a cross-country journey that leads to the estate of Samuel Braithwhite and his son Caleb, whose family once owned one of Atticus’s ancestors. The Braithwhites head the Adamite Order of the Ancient Dawn, a sorcerer’s cabal that requires Atticus’s participation in a dangerous ritual. And that is only the beginning. Soon Atticus and his family and friends are embroiled in a series of uncanny escapades that include confronting a haunted house’s ghost, retrieving an ancient book of esoteric wisdom from its secret hiding place, traveling to a realm beyond space and time, and undergoing a personal transformation that’s as startling as it is impossible. All are milestones that mark the unplanned detour that Atticus and his loved ones are forced to make into Lovecraft Country.

In Lovecraft Country, the inspiration for the hit HBO series, Matt Ruff manages the remarkable feat of evoking otherworldly horrors redolent of the work of H. P. Lovecraft and refracting them through America’s long history of troubled race relations. Although rich with with references to its namesake and the fiction on which he left his indelible imprint, this novel is even more memorable for its elaboration of a world in which horrors both inhuman and all-too-human intersect with a terrifying intensity.