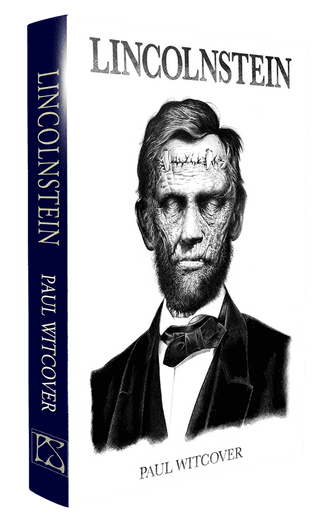 April 1865. General Lee has surrendered his army to General Grant. Yet the Civil War continues. Pockets of rebel resistance smoulder, wanting only a spark to reignite the greater conflagration. The assassination of President Lincoln threatens to supply that spark. But if Lincoln can be restored—resurrected—all may be well.

Desperate times demand desperate measures, and a dangerous, all-but-forgotten technology is used to return the dead president to a semblance of life. Abraham Lincoln rises unchanged in outward appearance. But inside, he is a different man. One with an agenda all his own.

Escaping his handlers, Lincoln embarks on a vengeful quest to redeem a plundered past. He is pursued by a young agent from the Union Intelligence Service tasked with killing the president before his existence can become common knowledge.

Now, as the trail leads ever deeper into the still-beating heart of the Confederacy, through ruined country inhabited by unrepentant rebels determined to deny their former slaves any semblance of freedom, the two Union men—one a revenant, the other an assassin—find themselves unlikely allies in a struggle to survive.

But when the final, unexpected confrontation comes, bringing the sins of the past and the hopes for the future into violent collision, only one can walk away.