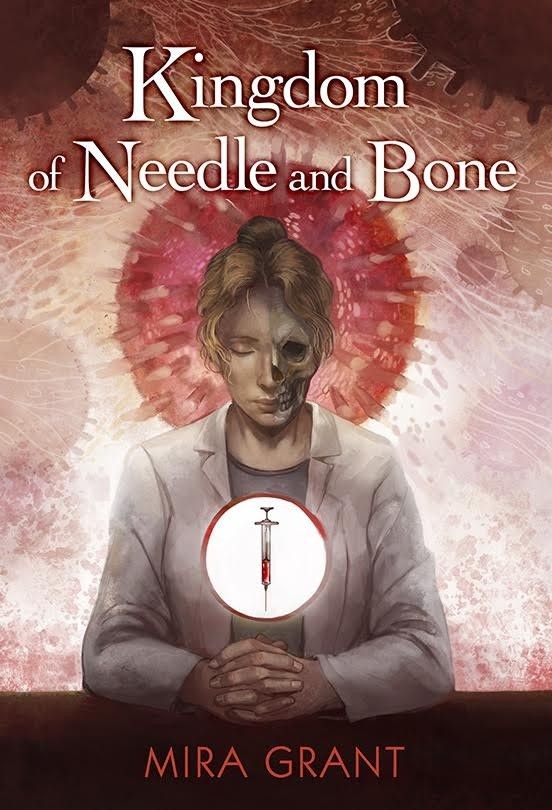 Kingdom of Needle and Bone

We live in an age of wonders.

Modern medicine has conquered or contained many of the diseases that used to carry children away before their time, reducing mortality and improving health. Vaccination and treatment are widely available, not held in reserve for the chosen few. There are still monsters left to fight, but the old ones, the simple ones, trouble us no more.

Or so we thought. For with the reduction in danger comes the erosion of memory, as pandemics fade from memory into story into fairy tale. Those old diseases can’t have been so bad, people say, or we wouldn’t be here to talk about them. They don’t matter. They’re never coming back.

How wrong we could be.

It begins with a fever. By the time the spots appear, it’s too late: Morris’s disease is loose on the world, and the bodies of the dead begin to pile high in the streets. When its terrible side consequences for the survivors become clear, something must be done, or the dying will never stop. For Dr. Isabella Gauley, whose niece was the first confirmed victim, the route forward is neither clear nor strictly ethical, but it may be the only way to save a world already in crisis. It may be the only way to atone for her part in everything that’s happened.

She will never be forgiven, not by herself, and not by anyone else. But she can, perhaps, do the right thing.

We live in an age of monsters.

Limited:1250 signed numbered hardcover copies and sold out at the publisher

Note: Overstock copies of this title are limited one to a household.