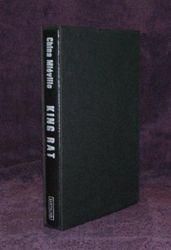 Something is stirring in London's dark corners, stamping out its territory in brick dust and blood. Something has murdered Saul Garamond's father and left Saul to pay for the crime.

ARC advanced reading copy from Earthling Publications one of only seven (7) copies made.  8 1/2 x 11 bound pages, no other proof or arc was produced

Limited to 400 numbered copies, signed by Mieville, bound in bonded leather and slipcased

Lettered: 15 lettered copies, signed by Mieville and Kirk and Barker, hand bound in high-end goatskin leather, with special endpapers and silk ribbon page marker, and housed in a handcrafted traycase covered in fine Japanese cloth, with the title stamped on a piece of leather that matches the book covering 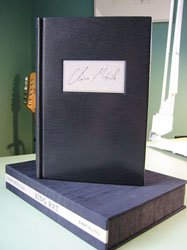 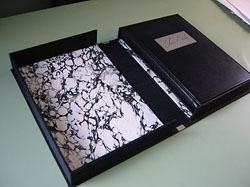 Click here for information on purchasing a matching numbered set of the following:
King Rat by China Mieville
Song of Kali by Dan Simmons
The Snoman's Children by Glen Hirshberg
Strangewood by Christopher Golden
Then it entitles you to the same number with regards to future publications in the Modern Classis Series