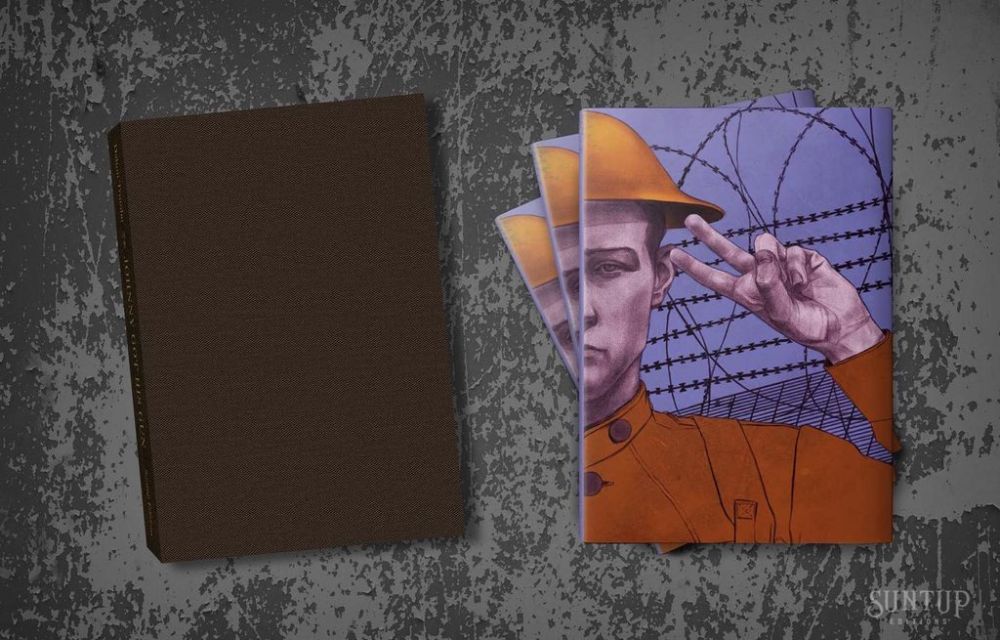 Johnny Got His Gun

An immediate bestseller upon its original publication in 1939, Johnny Got His Gun by Dalton Trumbo is a searing portrayal of war that has stunned and galvanized generations of readers.

When Joe Bonham, a young American soldier serving in World War I, awakens in a hospital bed after being caught in the blast of an exploding artillery shell, he gradually realizes that he has lost his arms, legs, and all of his face, but that his mind functions perfectly, leaving him a prisoner in his own body. As Joe drifts between fantasy and reality, he remembers his old life with his family and girlfriend, and reflects upon the myths and realities of war.

Published two days after the declaration of war in Europe and more than two years before the United States joined World War II, Trumbo’s stark and troubling masterpiece of uncompromising brutality went on to become the most influential protest novel of the Vietnam era and an undisputed classic of antiwar literature.

Upon its release, The New York Times raved, “Mr. Trumbo sets this story down almost without pause or punctuation, and with a fury accounting to elegance,” while Saturday Review promised, “It is a book that can never be forgotten by anyone who reads it.”

Johnny Got His Gun won one of the earliest National Book Awards: the Most Original Book of 1939. A 1971 film adaptation was written for the screen and directed by Trumbo himself.