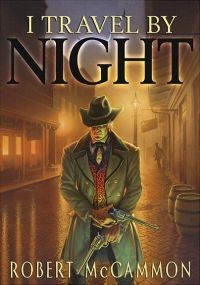 I Travel By Night and Last Train From Perdition

I Travel by Night marks Robert McCammon’s triumphant return to the sort of flamboyant, go-for-broke horror fiction that has earned him an international reputation and a legion of devoted fans. The terrors of the Dark Society, the gothic sensibilities of old New Orleans, and the tortured existence of the unforgettable vampire adventurer Trevor Lawson all combine into a heady brew that will thrill McCammon’s loyal readers and earn him new ones as well.

For Lawson, the horrors that stalked the Civil War battlefield at Shiloh were more than just those of war. After being forcibly given the gift of undeath by the mysterious vampire queen LaRouge, Lawson chose to cling to what remained of his humanity and fought his way free of the Dark Society’s clutches. In the decades since, he has roamed late nineteenth century America, doing what good he can as he travels by night, combating evils mundane and supernatural, and always seeking the key to regaining a mortal life.

That key lies with his maker, and now Lawson hopes to find LaRouge at the heart of a Louisiana swamp with the aid of a haunted priest and an unexpected ally. In the tornado-wracked ghost town of Nocturne, Lawson must face down monstrous enemies, the rising sun, and his own nature. Readers will not want to miss this thrilling new dark novella from a master storyteller.

Last Train From Perdition - I Travel By Night, Book Two 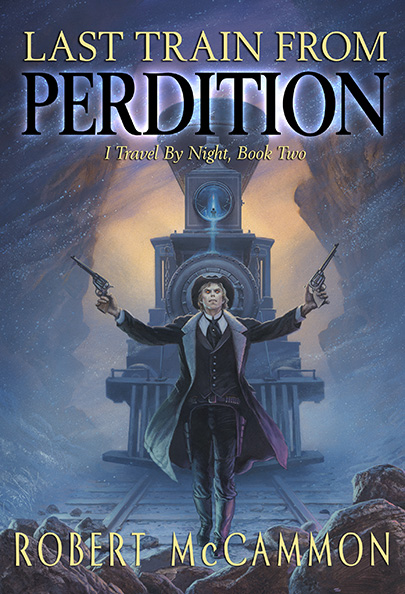 In I Travel by Night, master of horror Robert McCammon introduced the tortured and instantly unforgettable vampire adventurer Trevor Lawson—All Matters Handled—as he searched for his maker, LaRouge, in hope of becoming human once more. It wove a tale about the terrors of the Dark Society, featuring the gothic sensibilities of old New Orleans, and the unforgiving violence of the untamed frontier of 1886. Now McCammon returns to Lawson’s gripping journey and sends him West, in the chilling sequel novella Last Train from Perdition.

Ever on the hunt for LaRouge, Lawson still travels by night, but no longer alone. Crack-shot, whip-smart Ann has become his companion, on her own search for her vampire-taken father and sister. Lawson has been summoned from New Orleans and the Hotel Sanctuaire to Omaha by a wealthy man who needs his son retrieved from a band of outlaws. Lawson and Ann agree to take the case and travel to the town of Perdition where they find their prey—but things get complicated fast when a saloon shootout leaves an innocent girl badly injured.

On a night train from Perdition to Helena to find medical help, it soon becomes clear that Lawson and Ann’s enemies may also be looking to prey upon them. As they struggle against those forces of darkness with a trainload of their most unlikely allies yet, Lawson also wages battle with the darkness LaRouge left within him. This latest installment in Trevor Lawson’s battle for redemption finds bestselling McCammon at his thrilling best.

Limited: 474 signed numbered copies, housed in a custom slipcase and sold out at the publisher

Both trades, limiteds and lettereds are available with Book 2 Last Train from Perdidtion, in the case of the limited and lettered, the two books have matching numbers/letters, we also have a PC set of lettered books.  A "PC" copy which is identical in every way to a lettered copy but has the letters "PC" in the limitation line, the "PC" denotes "Publisher's Copy" and is one of a very few copies produced for use by the Publisher, usually for contributors.

For information regarding Last Train From Perdition follow this link.