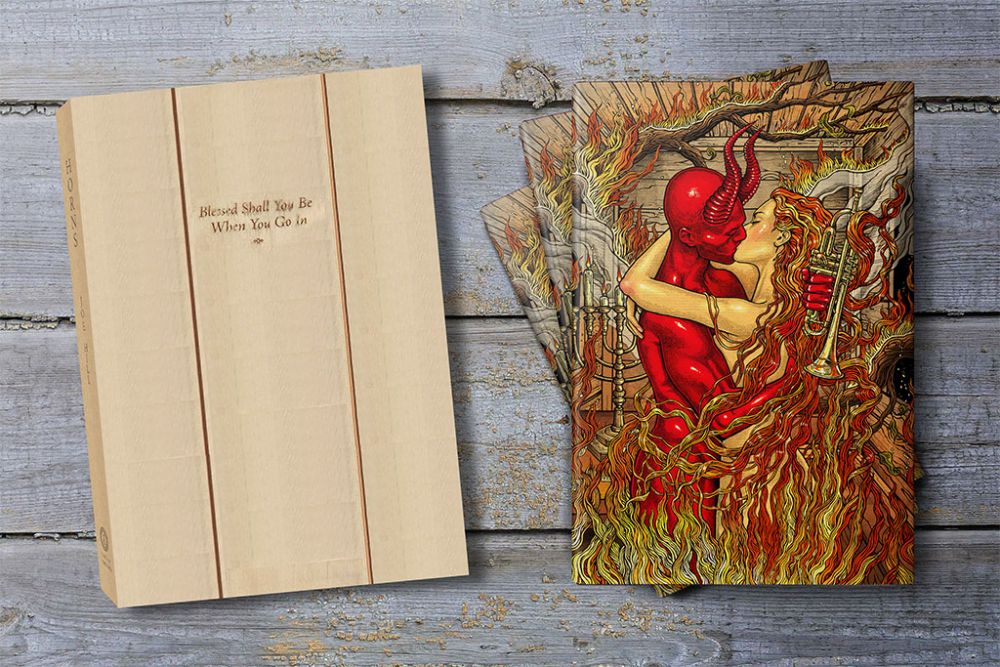 DARK FANTASY NOVEL originally published in 2010, Horns is the book with which TIME Magazine proclaimed, “Joe Hill has emerged as one of America’s finest horror writers.” Hornsfollows the story of Ig Parish. After the brutal murder of his girlfriend Merrin Williams, a grief-stricken Ig awakens one morning to find horns growing out of his head. Ig soon discovers the horns hold a mysterious power that forces people to reveal their deepest and darkest secrets to him as he defends his innocence and fights to avenge the death of his one true love.

Horns was nominated for a Bram Stoker Award and hailed by the Los Angeles Times as “a richly nuanced story. Fire and brimstone have rarely looked this good.” In 2013, the novel was adapted into a film starring Daniel Radcliffe, which made its debut at The Toronto International Film Festival before receiving a theatrical release on October 31, 2014.

Gift Edition, Limited to 1000 copies: Signed by artist Magdalena Kaczan, the Artist Gift edition features a dust jacket with stunning wrap-around artwork by Kaczan. It is a full cloth smyth-sewn binding with two-hits foil stamping, and is the only edition of the three with the wrap-around dust jacket art. The book is printed offset, and is housed in a custom printed slipcase.

The Numbered edition is limited to 265 copies, the first 250 of which are for sale and numbered in black. The remaining 15 copies are numbered in red and are reserved for private distribution. It is a Bradel binding with Japanese cloth boards, and a genuine snakeskin spine. Endpapers are Hahnemühle Bugra, and the edition is printed letterpress on Mohawk Superfine paper. It is housed in a custom two-piece die-cut enclosure.