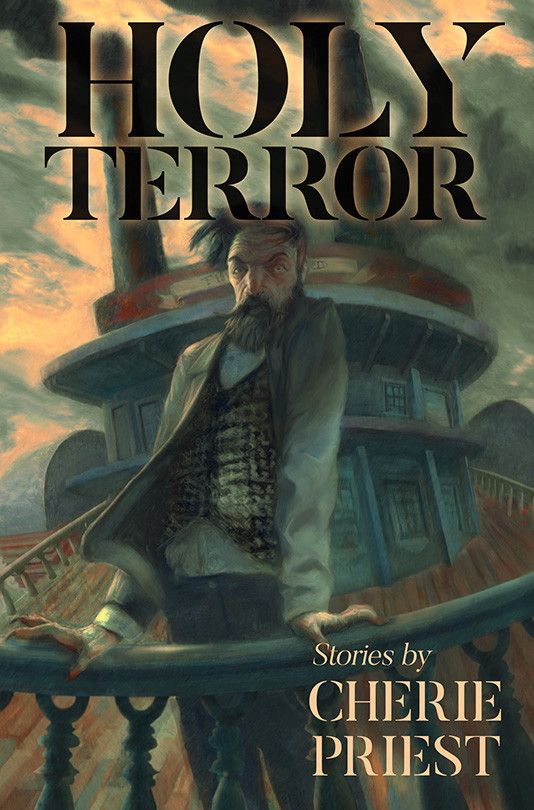 Subetrranean Press has lined up Holy Terror, a huge debut collection by Cherie Priest, which contains two major novellas, a long new novelette, and a ton of spooky wonder spread across more than 160,000 words.

Since Cherie Priest burst onto the speculative fiction scene, she’s built a huge following through novels that have earned her accolades and the titles “The Queen of Horror” and “The High Priestess of Steampunk” at various times. A nominee for the Nebula, Hugo, and Goodreads Choice Awards and a winner of the Locus Award, Priest is also a master of the short form.

In her first collection of short fiction, Holy Terror: Stories by Cherie Priest, readers will be taken on haunting journeys that showcase Priest’s unparalleled range. In an early story, “The October Devotion,” William Miller’s predicted mid-19th century apocalypse ends up with a girl discovering what might or might not be Lovecraftian salvation in the forest. A soldier brings a dragon home from World War II to east Tennessee in “The Immigrant.” Two stories here take place in Priest’s beloved Clockwork Century universe: “Reluctance,” in which a teen veteran with a war injury lands his dirigible in a town that seems empty, only to end up in a race against time and zombies, and the novella “Clementine,” following the adventures of Maria Isabella Boyd and Captain Croggon Beauregard Hainey. Another novella, The Wreck of the Mary Byrd, weaves the story of a disappearing boat in 1870 in the words of the captain and some of the passengers...as well as an unforgettable villain. And there’s so much more.

Holy Terror also features an introduction from New York Times’ bestselling author Kevin Hearne, extensive notes on each story from Priest, and an exclusive new novelette, “Talking in Circles” that is sure to become a fan favorite. Get ready to hide under the covers, crack this volume open, and take a delicious trip to the dark side.