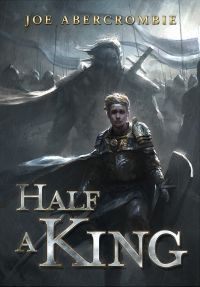 Shattered Sea Trilogy: Half a King, Half a World and Half a War

Book I Half A King

“Joe Abercrombie does it again. Half a King is another page-turner from Britain’s hottest young fantasist, a fast-paced tale of betrayal and revenge that grabbed me from page one and refused to let go.”

Subterranean Press is pleased to announce the signed, limited edition of Joe Abercrombie’s Half a King, the first book in his new trilogy, The Shattered Sea. They are going to kick Half a King’s production values up a notch, as they believe this is the best thing he's yet written.

The book will be oversize (7*10), printed in two colors on 80# Finch. When the trilogy is finished, assuming they secure the rights for books two and three, they plan to offer an exclusive slipcase to house all three volumes.

“I swore an oath to avenge the death of my father. I may be half a man, but I swore a whole oath.”

Prince Yarvi has vowed to regain a throne he never wanted. But first he must survive cruelty, chains, and the bitter waters of the Shattered Sea. And he must do it all with only one good hand.

The deceived will become the deceiver.
Born a weakling in the eyes of his father, Yarvi is alone in a world where a strong arm and a cold heart rule. He cannot grip a shield or swing an axe, so he must sharpen his mind to a deadly edge.

The betrayed will become the betrayer.
Gathering a strange fellowship of the outcast and the lost, he finds they can do more to help him become the man he needs to be than any court of nobles could.

Will the usurped become the usurper?
But even with loyal friends at his side, Yarvi finds his path may end as it began—in twists, and traps, and tragedy. 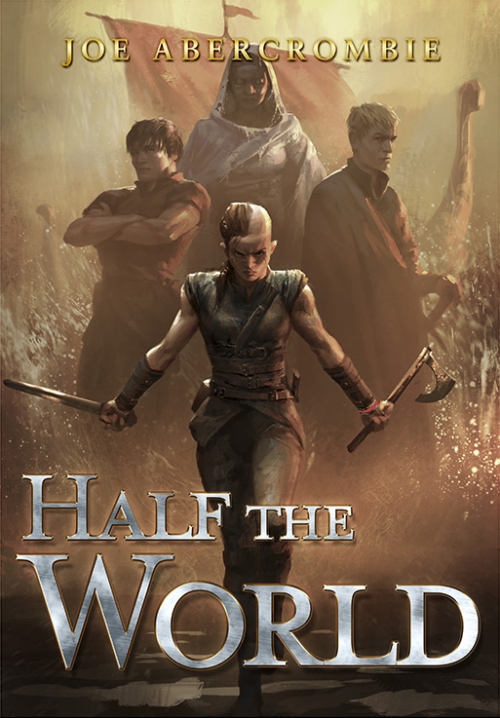 Book II Half a World

Subterranean Press is pleased to announce the signed, limited edition of Joe Abercrombie’s Half the World, the second book in his new trilogy,The Shattered Sea. They are going to continue with the production values of Half a King, as these two books represent the best thing Joe's ever written.

The book will be oversize (7*10), printed in two colors on 80# Finch. When the trilogy is finished, they plan to offer an exclusive slipcase to house all three volumes.

Sometimes a girl is touched by mother war
Thorn is such a girl. Desperate to avenge her dead father, she lives to fight. But she has been named murderer by the very man who trained her to kill.

Sometimes a woman becomes a warrior
Fate traps her in the schemes—and on the ship—of the deep-cunning minister Father Yarvi. Crossing half the world to find allies against the ruthless High King, she learns harsh lessons of blood and deceit.

Sometimes a warrior becomes a weapon
Beside her on her gruelling journey is Brand, a young warrior who hates to kill. A failure in his eyes and hers, he has one chance at redemption.

And weapons are made for one purpose
Will Thorn forever be a tool in the hands of the powerful or can she carve her own path? Is there a place beyond legend for a woman with a blade? 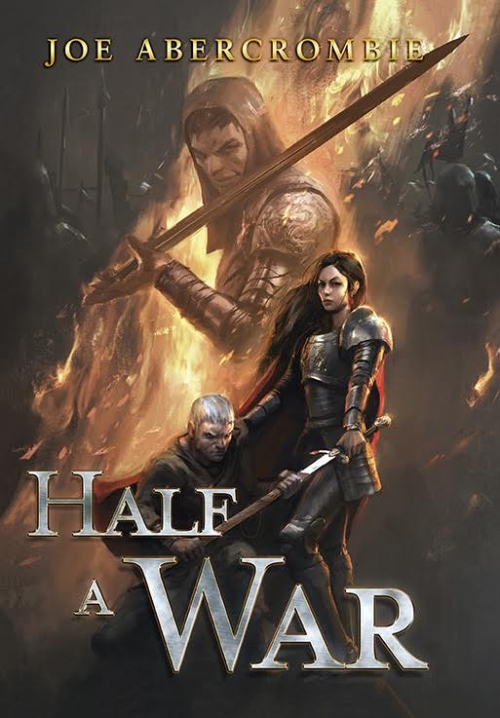 Book III Half a War

Princess Skara has seen all she loved made blood and ashes. She is left with only words. But the right words can be as deadly as any blade. She must conquer her fears and sharpen her wits to a lethal edge if she is to reclaim her birthright.

Only half a war is fought with swords

The deep-cunning Father Yarvi has walked a long road from crippled slave to king’s minister. He has made allies of old foes and stitched together an uneasy peace. But now the ruthless Grandmother Wexen has raised the greatest army since the elves made war on God, and put Bright Yilling at its head – a man who worships no god but Death.

Sometimes one must fight evil with evil

Some – like Thorn Bathu and the sword-bearer Raith – are born to fight, perhaps to die. Others – like Brand the smith and Koll the wood-carver – would rather stand in the light. But when Mother War spreads her iron wings, she may cast the whole Shattered Sea into darkness.

Limited: 400 signed numbered oversize copies, printed in two colors on 80# Finch and sold out pre-publication
This is for a matching #'d set of all 3 Volumes, PLUS the slipcase 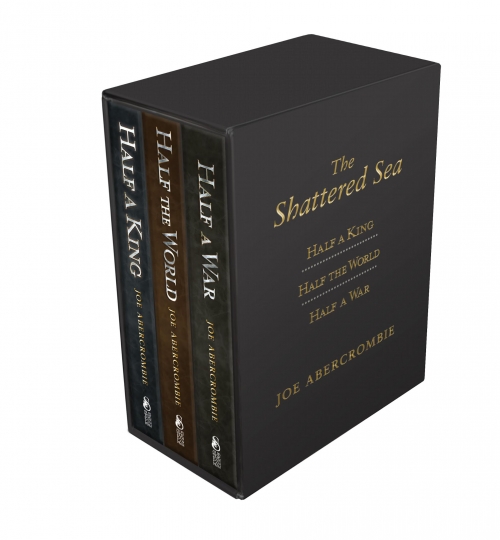 Consignment Letter TT offered, top page edge (rear) of traycase is bumped as pictured, does not affect apparance on shelf.