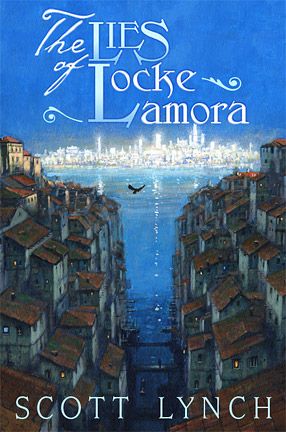 Gentleman Bastard Sequence: The Lies of Locke Lamora, Red Seas Under Red Skies and The Republic of Thieves (Matching Set) 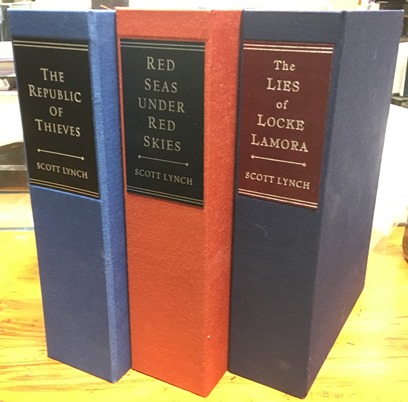 The Lies of Locke Lamora
Illustrated by Edward Miller

Subterranean Press is proud to announce the limited edition of one of the best fantasies of the past decade.

The Thorn of Camorr is said to be an unbeatable swordsman, a master thief, a ghost that walks through walls. Half the city believes him to be a legendary champion of the poor. The other half believe him to be a foolish myth. Nobody has it quite right.

Slightly built, unlucky in love, and barely competent with a sword, Locke Lamora is, much to his annoyance, the fabled Thorn. He certainly didn't invite the rumors that swirl around his exploits, which are actually confidence games of the most intricate sort. And while Locke does indeed steal from the rich (who else, pray tell, would be worth stealing from?), the poor never see a penny of it. All of Locke's gains are strictly for himself and his tight-knit band of thieves, the Gentlemen Bastards.

Locke and company are con artists in an age where con artistry, as we understand it, is a new and unknown style of crime. The less attention anyone pays to them, the better! But a deadly mystery has begun to haunt the ancient city of Camorr, and a clandestine war is threatening to tear the city's underworld, the only home the Gentlemen Bastards have ever known, to bloody shreds. Caught up in a murderous game, Locke and his friends will find both their loyalty and their ingenuity tested to the breaking point as they struggle to stay alive...

The Lies of Locke Lamora will be illustrated with a full color cover, and four full page illustrations by Edward Miller

Book II of the Gentleman Bastard Sequence
“All your better deeds
Shall be in water writ...”
--Beaumont and Fletcher, Philaster, v, iii

Locke Lamora, the erstwhile Thorn of Camorr, and Jean Tannen have fled their home city and the wreckage of their lives. But they can’t run forever, and after escaping Camorr they decide to head for the richest and most difficult target on the horizon-- the city-state of Tal Verrar. And the Sinspire.

The Sinspire is the ultimate gambling house . . . exclusive, luxurious, and fiendishly guarded. No thief has ever survived an attempt to rob it. Naturally, Locke plans to take it for a fortune, in his biggest gamble yet.

But this perfect crime may have to wait.

Someone else in Tal Verrar wants the Gentlemen Bastards’ expertise, and they’re not gentle in compelling Locke and Jean to devote their talents to an even more unlikely and suicidal proposition-- masquerading as pirates on the high seas. Fine work for a pair of landlubbing thieves barely able to tell one end of a ship from the other!

Locke and Jean find their abiding friendship tested to its very limits in this strange new world of lurching wooden decks, brutal ship-to-ship action, and feuding pirate captains. But not even their sojourn as buccaneers can keep the Gentlemen Bastards from their much-desired reckoning with all the powers that have conspired to interrupt their lives, including the last people in the world any sane person would want to offend... the Bondsmagi of Karthain.

Red Seas Under Red Skies will be illustrated with a full color cover, and four full page illustrations (one exclusive to the lettered) by Edward Miller

Locke and Jean barely escaped with their lives from what should have been the greatest heist of their career, in the port city of Tal Verrar. Now they head north, looking for sanctuary and an alchemist who can cure the poison that is slowly killing Locke. They find neither, but just when all their luck, money, and hope seem exhausted, they receive an offer from a power that has never had their best interests at heart: The Bondsmagi of Karthain.

In exchange for the chance that Locke might be saved, the Bondsmagi expect the two Gentlemen Bastards to rig an election in their home city of Karthain, and to work against opposition. The other side has already hired the services of Sabetha Belacoros, the one person in the world who might match Locke’s criminal skill, and the one person in the world who absolutely rules his heart.

Now it will be con artist against con artist in an election season that couldn’t be more crooked, all for the benefit of the mysterious Bondsmagi, who have plans within plans and secrets they’re not telling… at least not until it’s too late for the Gentlemen Bastards to do anything about it…

Note:  The stand alone consignment copy of The Republic of Thieves has some glue residue on the inside front board as pictured above

Letter A - Matching lettered set of: 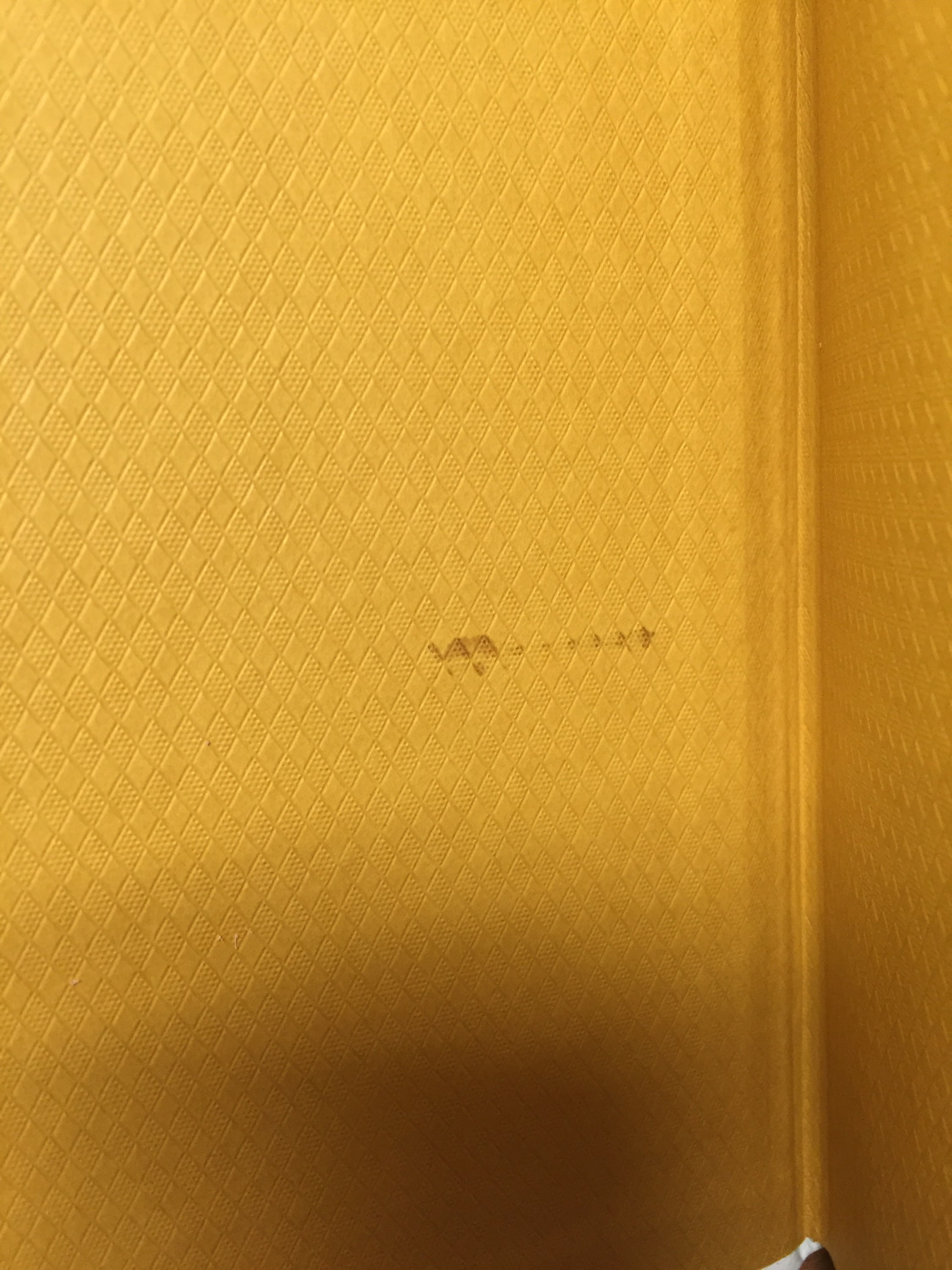