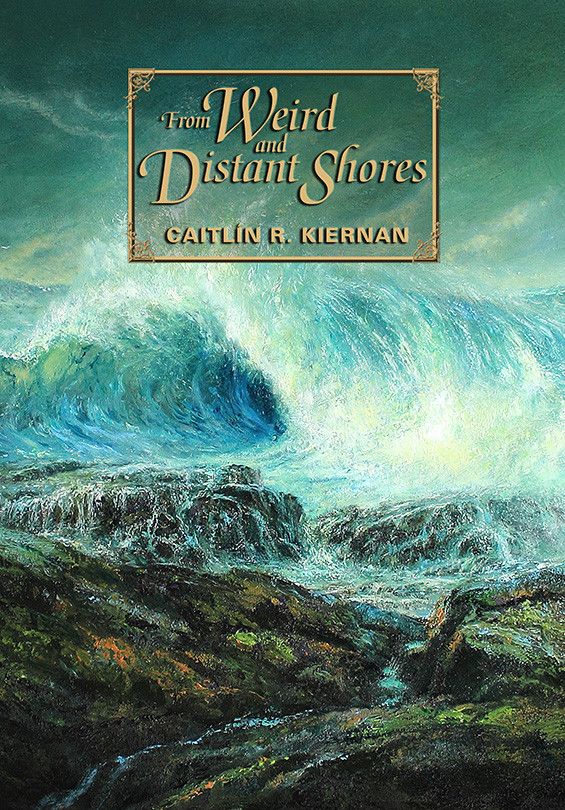 Note:  As this is a 2nd printing, I am NOT automatically putting people down for a copy, so if you want a copy, please pre-order it now!

Nearly twenty years after its initial publication, Subterranean Press has decided to publish a new edition of Caitlin R. Kiernan's From Weird and Distant Shores. This edition will be oversized, printed in two colors throughout, with a wraparound dust jacket by Bob Eggleton, and a full page duotone illustration by John Kenn Mortensen for each story. This edition contains an additional story that did not appear in the original.

From Weird and Distant Shores: This collection of fourteen short stories and one fragment by the award-winning author of Silk and Tales of Pain and Wonder establishes Caitlin R. Kiernan as one of today's most versatile fantasists. Spanning and transcending the fields of fantasy, dark fantasy, and science fiction, these stories include some of Kiernan's early and hard-to-find work, and explore the limits of that ubiquitous bane of contemporary F&SF, the "theme" and "shared-world" anthology.

In the words of Douglas E. Winter: "Caitlin Kiernan's stories, even when appearing in theme anthologies, fill a space that is genuinely hers—thematically and stylistically. Rarely do her texts offer the punch line ending of a campfire tale, or even a tidy denouement. Instead they present a fine mingling of attitude and atmosphere, expressed with delightful idiosyncrasy . . ." Including such critically-acclaimed stories as "Emptiness Spoke Eloquent" (selected for The Mammoth Book of Best New Horror) and "Persephone," as well as Kiernan's first ever collaboration with Poppy Z. Brite, From Weird and Distant Shores is a nightmare tour de force you won't easily forget.