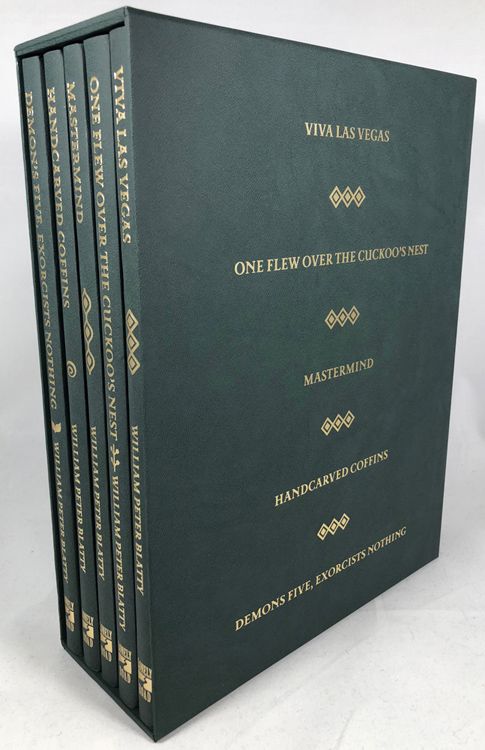 William Peter Blatty, the legendary author of The Exorcist, Legion, and many others, has opened his personal library to share five screenplays he wrote at different stages of his career including a first draft of Viva Las Vegas (yes, the Elvis movie!), a version of One Flew Over the Cuckoo's Nest meant to star Kirk Douglas, a screenplay based on an unfinished novella by Truman Capote, another constructed around the idea of a "behind the scenes" look at the making of a film very much like The Exorcist, and the story of a Japanese detective set in Tokyo.

Each screenplay will be bound as its own collectible Limited Edition volume and those five volumes will then be housed in a hand-made slipcase. Each screenplay is an exact reproduction of the writer's work, down to any imperfections in the typewriter he was using at the time. You'll never be closer to these films-that-could-have-been than when you're reading these screenplays.

The versions you will hold in your hands have never been read outside the offices of Hollywood production companies and William Peter Blatty's personal library, so this is a rare glimpse into an alternate film universe that could have been very different from the one we know. There are no plans for these screenplays to ever be reprinted.

Blatty's notes about the five screenplays:

Viva Las Vegas. How naïve could I be? My comedic premise was that Elvis was hired as a Vegas casino lounge act because the booker was certain he was so loud and annoying he would drive the gamblers out of the lounge and to the tables. The "Colonel" was not amused.

One Flew Over the Cuckoo's Nest was written in 1968 for Kirk Douglas who was to play McMurphy. I met with Ken Kesey and crafted the script to be as faithful to the novel as I could possibly make it, which was not the case with the film made years later with Jack Nicholson. That this script with Kirk in the lead wasn't made is perhaps the biggest heartbreak of my literary career.

Mastermind was a spec script with the lead character emulating my Inspector Clouseau from A Shot in the Dark, the second film in The Pink Panther series. The key to the fun with Clouseau was his sensitive sense of dignity, so I created Japanese Inspector of Police Hoku Fat with that same essence in mind. The new head of ABC Films and his assistant met with me in my office at Warner Brothers to tell me — are you sitting down? — that "Inspector Clouseau isn't good enough anymore. You need a serious theme. We suggest Youth versus Age." With rewrite money and a three month stay in Tokyo where the film would be shot on the line, I replied that I "couldn't be a party to the destruction of my material." I was fired. Worse befell ABC Films: the rewritten screenplay to this day can only be seen on Kuwaiti Airways.

Handcarved Coffins is based on a vaguely plotted, unfinished novella by Truman Capote with Michael Cimino set to direct.  I gave it a plot but Michael wasn't satisfied and my screenplay languishes somewhere in the ether just above Laurel Canyon.

Demons Five, Exorcists Nothing is entirely based on my novel of the same name and is built around the making of a film very much like The Exorcist. I think of both the novel and the screenplay as "A Christmas Carol for Hollywood."

Limited:  to 390 copies signed by the author on a deluxe signature sheet in the first volume, with each volume bound in a deluxe material and the entire set housed in a custom-made slipcase and sold out at the publisher - NOTE:  Shipping will be extra for this set due to size and weight

Lettered Edition Set: 52 copies with all the special features of the Limited Edition, plus a different type of high quality binding, all volumes will be housed in a custom-made deluxe traycase 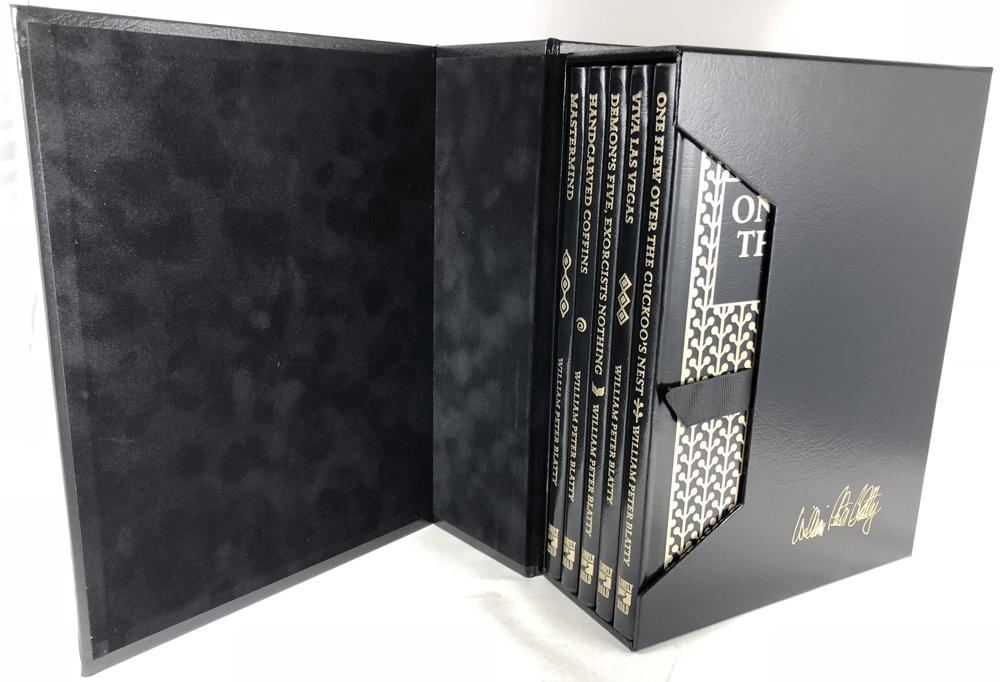 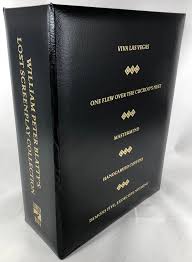