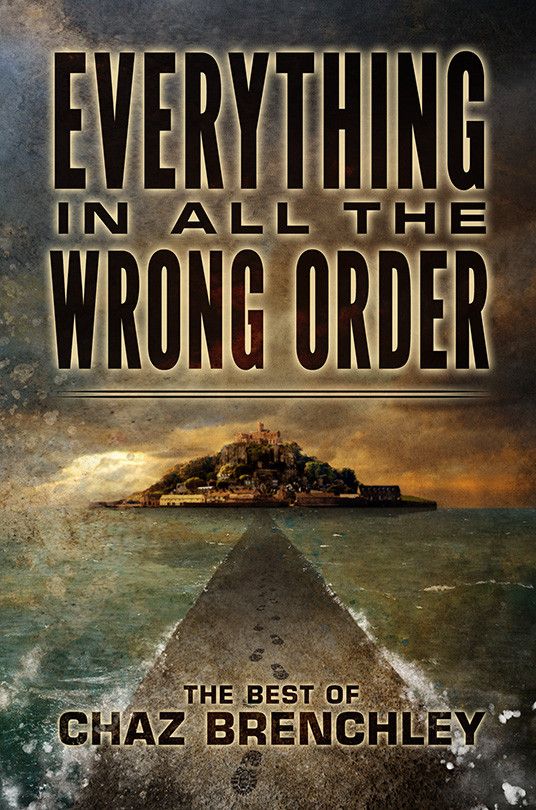 Everything in All the Wrong Order: The Best of Chaz Brenchley

For more than thirty years, Chaz Brenchley has been one of Great Britain’s most distinguished—and uncategorizable—writers of speculative fiction. His award-winning short stories move with deceptive ease from one genre to another, offering an astonishingly varied array of sheer narrative pleasures. While much of his work may be unfamiliar to American readers, the appearance of this generous, career-spanning volume should do much to change all that.

The Best of Chaz Brenchley contains more than thirty stories from the author’s vast fictional archive, and each one of them is a polished, unexpected gem. Together, they encompass an impressive range of themes, subjects and settings, including: a drinking establishment frequented by the pilots who navigate the intricacies of n-space; a hazardous—and haunted—stretch of rocks off the British coastline known as the Silences; a post-World War I Europe still awash in grief and an abiding sense of loss; a terminal known as the Tower of Souls, from which earthbound humans can take flight; British colonialism both in 19th century Cairo and on Mars; and much, much more.

The stories gathered here are consistently readable, thoroughly imagined and written in a voice that is distinctive and instantly recognizable. But they never lose sight of the universal human concerns that lie at their center: guilt, loneliness, unfulfilled longings, and the inevitable threat of encroaching mortality. This magisterial collection offers all these things in generous measure, and the result is a book that readers have needed for a very long time, whether they know it or not. The Best of Chaz Brenchley is something truly special. Open it up at any point and find out for yourself.