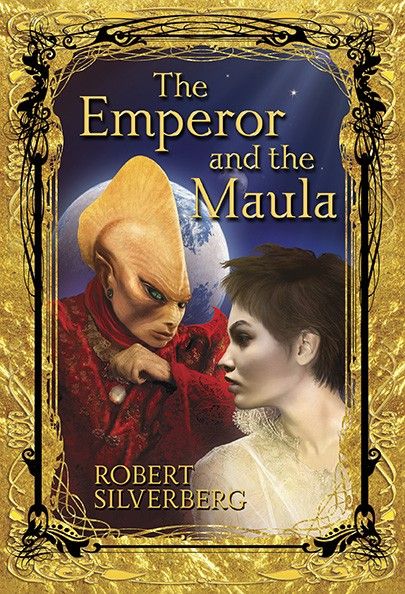 Emperor and the Maula

Robert Silverberg’s The Emperor and the Maula was written in 1992 for an aborted publishing project and has been printed only once, in a radically abbreviated version. This deluxe new edition restores more than 15,000 words of missing text, allowing us to see, for the first time, the author’s original intent. The result is both a genuine publishing event and an unexpected gift for Silverberg’s legion of readers.

The Emperor and the Maula is Silverberg’s Scheherazade tale, the story of a woman telling a story in order to extend—and ultimately preserve—her life. The Scheherazade of this striking story is Laylah Walis, denizen of a far-future Earth which has been invaded and conquered by a star-faring race known as the Ansaarans. Laylah is a “maula,” a barbarian forbidden, under pain of death, to set foot on the sacred home worlds of the imperial conquerors. Knowing the risks, Laylah travels to Haraar, home of the galactic emperor himself. Once there, she delays her execution by telling the emperor a story—and telling it well.

That story, the tale within a tale that dominates this book, is, in fact, Laylah’s own story. It is also the story of the beleaguered planet Earth, of people struggling, often futilely, to oppose their alien masters and restore their lost independence. Colorful, seamlessly written, and always powerfully imagined, The Emperor and the Maula shows us Grandmaster Silverberg at his representative best. This is science fiction as it should be written, but all too seldom is. No one does it better than Robert Silverberg. No one ever has.