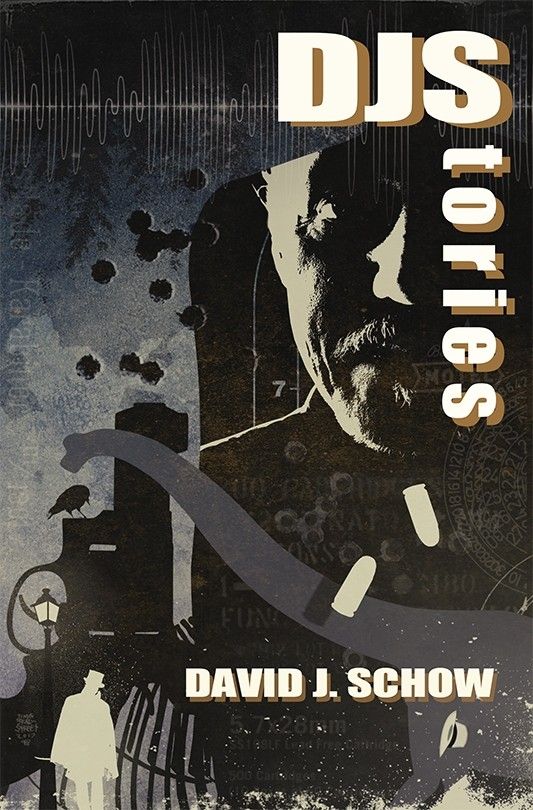 Once upon a time, there was a writer named David J. Schow.

One of his specialties was the tale of unsettlement, unease, looming fear, straight-up gross-out, unnerving spookiness, gallows-humor black satire, heart-rending loss, the conte cruel, the ironies of fate, and the seductive sorcery of the otherworldly—in a word, horror.

This was by no means his only specialty.

He wrote short stories, then novels, then TV, then movies, fiction and non. He won various awards for this pursuit, including the World Fantasy Award, the International Horror Guild Award, the Twilight Zone Dimension Award, and the Rondo Hatton Classic Horror Award.

As you read this now, he’s been engaged in this activity professionally for forty years.

Call him a modern fantasist, a black magic realist, an acerbic satirist, a splatterpunk, a caustic comic, an “urbanized Cormac McCarthy” (John Farris), “smart, scathing, and verbally inventive to an astonishing degree” (Peter Straub), a “literary gunslinger” (Richard Christian Matheson), “the Duke of the Dark” (Mick Garris), “deeply felt but truly chilling” (Weird Tales), “remarkably talented; edgy, insightful, and fearless” (Joe R. Lansdale), a “gifted storyteller” (Robert Bloch), a “cleverly metaphoric literary chameleon” (T.E.D. Klein) … you get the general drift, right? As Michael Marshall Smith said, “Be prepared to be dragged to some very dark places, and to love every step of the way. Like being punched in the face by a poet.”

DJStories is Schow’s first “greatest hits” album, covering four decades of his efforts to shake you up, shock you awake, tweak your sensibilities and gun down your preconceptions. Thirty stories— count ‘em, thirty!—that cover the entire spectrum of what you may find frightening.

Monsters. Lovers. Spirits. Allies. Killers. The earthly and unearthly. The insane and the too-sane. The dead, the living and the in-between. Fictional folks who just might have an impact on your real, waking life.

This story does not have a happy ending. Guaranteed.