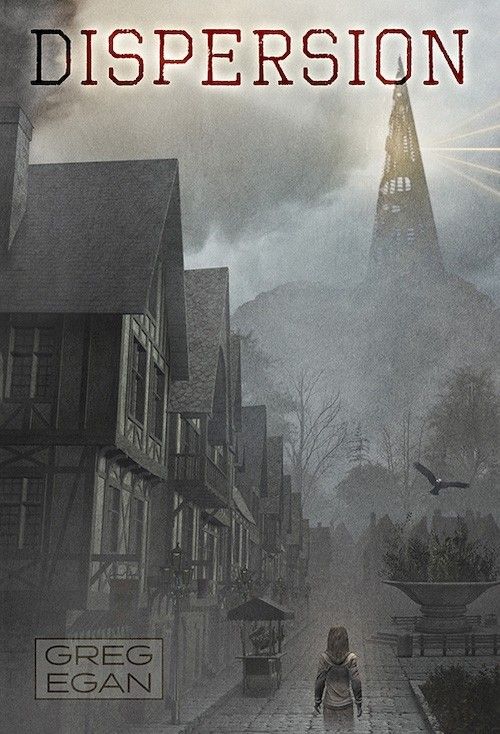 This latest novella from Greg Egan, Australia’s reigning master of hard, rigorous SF, is an astonishment and a delight. With great economy and precision, it tells the story of an unprecedented new disease—the Dispersion of the title—and its effects on both individual sufferers and the fragmented social structure they inhabit.

In a world not quite our own, every living thing is born into one of six discrete “fractions” that are incompatible with—and often invisible to—each other.  These fractions have coexisted peacefully for centuries, but now a disease has appeared that seems to drag the infected parts of the body into a different fraction.  The effects are devastating. Individual victims suffer painful, protracted deaths. Entire communities turn against one another, and a state approaching perpetual war takes hold.

Against this backdrop, Egan has constructed an absorbing account of people determined to confront, comprehend and ultimately overcome a disease that has no recognizable cause, that threatens to obliterate the bonds that hold the human community together. Like the best of Egan’s earlier work, Dispersion is both wildly imaginative and plausibly detailed. It offers the sort of unique narrative pleasures that only science fiction can provide, and that Egan’s many readers have come to expect. They won’t be disappointed.