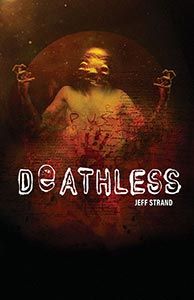 The horrifying sequel to the Bram Stoker Award-nominated novel Pressure.

Though Darren Rust is serving a life sentence in prison, Alex Fletcher is desperate to escape the shadow of his former best friend. Darren is a psychopath who thought he’d found somebody who would kill with him, and when he realized he was wrong, he took everything from Alex. Losing his family—and coping with the heinous act Darren forced him to commit—is too much. Alex is unable to have a normal social life.

Until he meets Luna Booth.

She’s fun. Intelligent. Sexy. She’s exactly what he needs right now. Alex may not have found his soulmate, but he’s found somebody that he loves spending time with. Somebody who doesn’t mind the nightmarish skeletons in his closet.

In fact, she may be too understanding. Too interested. And she may have a very dark and twisted secret…

Limited to 250 signed and numbered copies