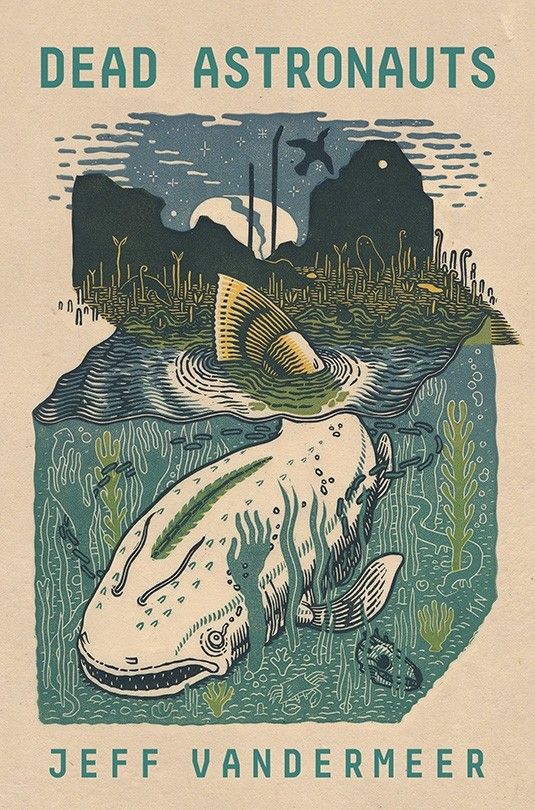 This signed, limited edition will reproduce the unique design elements of the trade hardcover essential to the telling of the story, and also be printed in two colors throughout to make those details further stand out. In addition to the dust jacket, the book will also feature a number of linocut illustrations by Kathleen Neeley tipped in. Subterranean is upgrading the paper to 80# Finch from their usual stock.

“There shall come three humans across the burning sands…”

Grayson, Moss, and Chen are astronauts turned rebels, navigating version upon version of a nameless City created by the villainous, all-powerful Company, familiar to readers as part of the Borne universe. The City is overrun with the results of the Company’s ill-considered experiments. This is a world where a blue fox is an echo across space and time, prophetic. Where a fight in which the duck may or may not be on your side. A leviathan waits, as do other versions of yourself, and a mysterious former comrade known as Charlie X. This is not just one world, but many...and can these worlds be saved?

With Dead Astronauts, Jeff VanderMeer continues to expand and explore the mind-bending world of Borne at the top of his game. Demons, madmen, monsters, and endless twisted wonders await readers brave enough to take this miraculous dark journey.

The Subterranean Press edition includes an exclusive bonus section that was trimmed and altered for inclusion in the novel. This is the only chance to see the section as originally written.