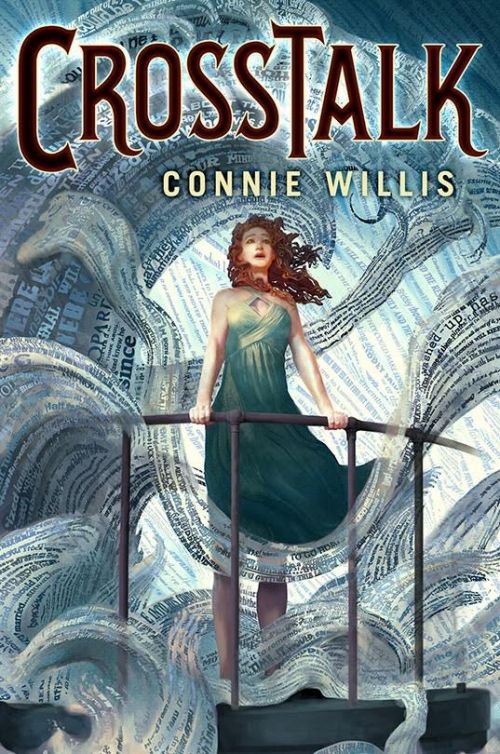 Briddey Flannigan is an expert in communication, working on the frontlines of the smartphone arms race at a major telecom company. When the new boyfriend she’s bonded over an upcoming product launch with—the dreamy Trent Worth—proposes after just six weeks, her main concern is keeping the snoopy office gossips from alerting her family, the sure-to-disapprove Flannigan clan. The issue is that Trent hasn’t proposed marriage, he’s proposed something far more intimate: an EED. A simple surgical procedure that allows an emotionally bonded couple to sense each other’s feelings. What could go wrong?

Everything…at least, according to her family members and C.B. Schwartz, the eccentric genius who works out of her company’s basement. Briddey decides it might be easier to just get the EED done fast, and have some relative peace and quiet with Trent as they race to outdo Apple’s new phone. Too bad it turns out her family—and C.B.—may have had a point. Briddey leaves the surgery with a far different outcome than she could ever have planned.

Beloved, multiple Hugo- and Nebula Award-winner Connie Willis’s unparalleled wit and ability to create unforgettable characters are at their peak in this timely new romantic comedy. Crosstalk will indeed have everyone talking, with its incisive and hilarious commentary on not just matters of the heart but our culture’s obsession with making the private into the public.