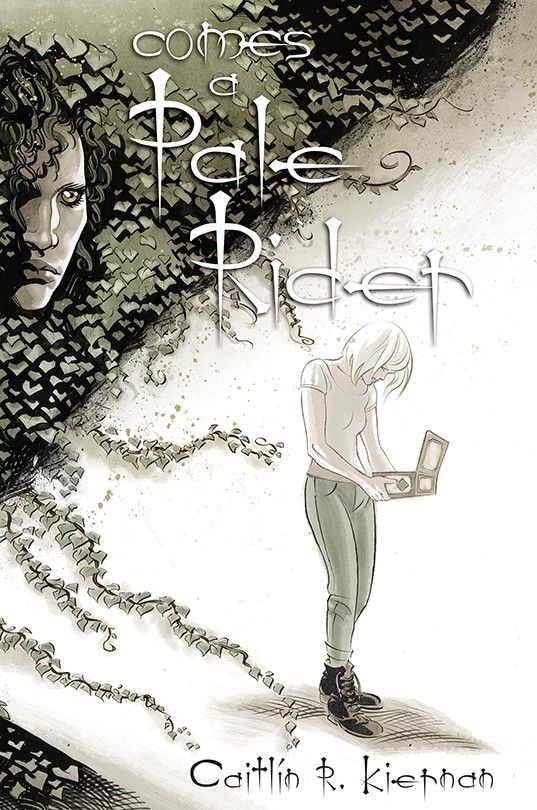 Possibly Caitlín R. Kiernan’s most enduring character, albino monster slayer Dancy Flammarion has been carving a bloody swath across the American South ever since her first appearance in Threshold (2001), “laying the bad folks low.” In 2006, Subterranean Press published a World Fantasy Award-nominated collection of Dancy Flammarion short stories, Alabaster, and beginning in 2012, Dark Horse Comics released a three-volume graphic novel series introducing Dancy to comics in Alabaster: Wolves (winner of the Bram Stoker Award), Alabaster: Grimmer Tales, and Alabaster: The Good, the Bad, and the Bird.

And now, with Comes a Pale Rider, Kiernan offers a second collection of Dancy Flammarion short stories. From Selma, Alabama to the back roads of Georgia to a South Carolina ghost town, Dancy continues her holy war with the beings of night and shadow, driven always on by her own insanity or an angel with a fiery sword—or possibly both.

Comes a Pale Rider includes two new tales available nowhere else, each more than 10,000 words: “Dreams of a Poor Wayfaring Stranger,” and “Requiem.” The volume concludes with a brand new 3,000 word afterword.

Each of the stories features a full-page black-and-white illustration by Ted Naifeh.