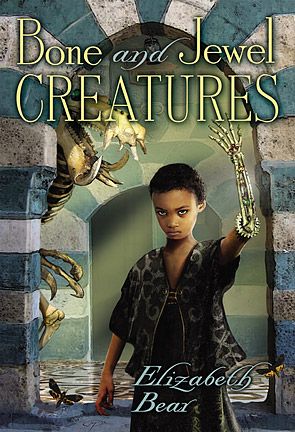 Dark magic is afoot in the City of Jackals...

Eighty years Bijou the Artificer has been a Wizard of Messaline, building her servants from precious scraps, living with the memory of a great love that betrayed her. She is ready to rest.

But now her former apprentice, Brazen the Enchanter, has brought her a speechless feral child poisoned by a sorcerous infection. Now, Messaline is swept by a mysterious plague. Now the seeping corpses of the dead stalk the streets.

Now, finally, Bijou's old nemesis--Bijou's old love--Kaulas the Necromancer is unleashing a reeking half-death on Bijou's people. And only Bijou and her creatures wrought of bone and jewels can save the City of Jackals from his final revenge.

Limited to 200 signed and numbered copies, with a bonus chapbook containing a pair of uncollected stories