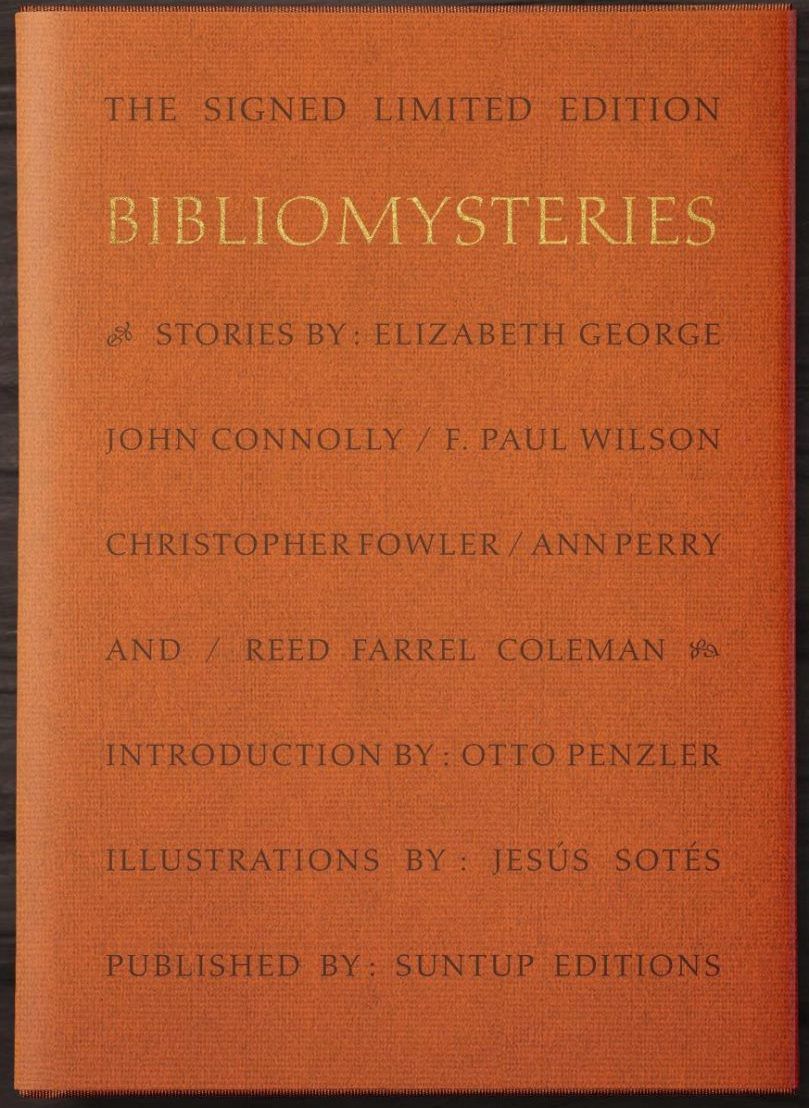 Bibliomysteries, as the name suggests, are mystery stories set in the world of books. This small yet vibrant sub-genre of mystery fiction is a favorite among bibliophiles, mystery fans and anyone who loves a good story.

Otto Penzler has been publishing mystery and crime fiction since 1975, and for more than 40 years, he has been the proprietor of The Mysterious Bookshop in New York; now the oldest and largest mystery specialist bookstore in the world.

Penzler publishes a new volume in his Bibliomysteries series annually, and these stories are written exclusively for his store. Each story is set against a backdrop of libraries, bookstores, rare manuscripts, priceless volumes, or eccentric book collectors.

We are delighted to be publishing this collection of stories curated by Otto Penzler. Bibliomysteries: The Signed Limited Edition brings you a collection of six of the most startling stories in this series with beautiful illustrations by Jesús Sotés. The edition is signed by the authors, the artist, and Otto Penzler himself, who has written a new introduction for this very special edition.

Featuring six of the genre’s distinguished authors – Reed Farrel Coleman, John Connolly, Christopher Fowler, Elizabeth George, Anne Perry, and F. Paul Wilson – here you will discover an ancient scroll that draws a bookseller into a chilling mystery, a sickly girl with an ability to travel between literary worlds, a book lover who discovers a library full of secret wonders, a scholar who will stop at nothing to find the lost pages of Bram Stoker’s Dracula, a true life author who is living a lie, and a leader of the Spanish Inquisition who acquires the most evil book ever conceived.

Suntup Editions invites you to enter a world of curious collectors and literary lovers, as you pick up your magnifying glasses, follow the clues, and solve the Bibliomysteries.

The signed limited edition of Bibliomysteries is presented in two states: Lettered and Numbered. The editions measure 6” x 9” and feature seven full color illustrations by Jesús Sotés, and an introduction by Otto Penzler.

The editions are signed by all contributors.

The Numbered edition of 250 copies is a full Japanese cloth binding with Hahnemühle Ingres endsheets. The dust jacket is printed letterpress on Hahnemühle Bugra, and the title is foil stamped in gold. The edition is printed offset on Cougar paper and is housed in a cigar style box with European cloth boards.